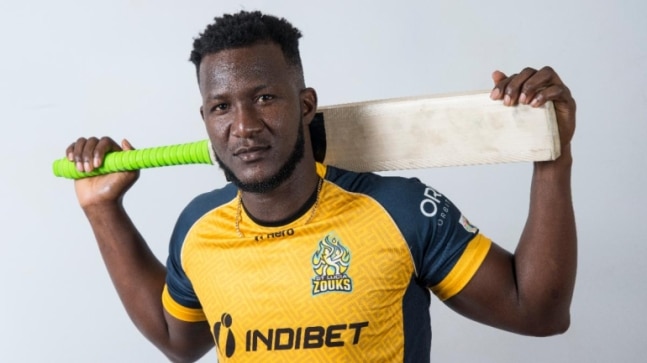 There are few better captains than Daren Sammy when it comes to being the leader of men in T20 cricket. The only skipper to win multiple T20 World Cup titles, Sammy has certainly cracked the code to captaincy in one of the most competitive formats of the game. Sammy’s success in franchise-based leagues across the globe is a reflection of consistency which has been quite difficult to achieve in T20 cricket.

Leading a new-look St Lucia Zouks in the Caribbean Premier League (CPL) 2020, Sammy, in an exclusive interaction with indiatoday.in, explains what makes Rohit Sharma and MS Dhoni stand out from the rest in the shorter formats of the game.

MS Dhoni has been the face of Chennai Super Kings over the years, leading the franchise to 3 IPL titles while Rohit Sharma revived Mumbai Indians’ fortunes as soon as he took over in 2013. There’s been no looking back since then with 4 titles and the ‘most successful IPL captain’ tag in the bag.

Stressing that MS Dhoni and Rohit Sharma are similar in quite a few ways, Daren Sammy said both the captains have the ability to identify players and understand what they are capable of when it comes to delivering in crunch situations.

“Well, you’re talking about probably one of the greatest captains, if not the greatest captain India have had in MS Dhoni. And if you look at Rohit Sharma and Mumbai Indians and what they have been able to do compared to RCB who are always full of superstars, one thing is common is the ability to lead men and put a team of players together to fight not just for personal accolades but team success becomes more important,” Daren Sammy said.

“If you look at how Dhoni motivates his players, how he puts them in situations that he knows they can handle, and Rohit is the same. But also, you need the personnel to back you and believe in the method to success and you also need the skills.

“These two teams have had those guys and they have had the core, with Dhoni and Suresh Raina, from the first IPL they have been there together and it’s a core unit which the built and new guys coming into a culture that is successful, it’s easier to adapt to that. And over the years, by them playing together, they gather experience. ‘

“Last year, Mumbai won the league because of their experience with Lasith Malinga and Pollard and all these guys in the dressing room.”

‘If the team culture is good, you set the tone early’

What is the secret to his success as captain? The St Lucia Zouks captain said he believes half the job is done when you pick a team with individuals who are ‘good characters’.

“I think I have the experience, leading men. Also, I think the T20, the more you simplify the game and have a method in which you want to go out and win matches. With that, having the belief and backing the personnel you have in the dressing room, for me that has always been my strength, my man-management skills,” Sammy said.

“Tactically, I am alright as well. Firstly, I always ask for good characters in the dressing room. That means there wouldn’t be much disruption. I am not saying 16 guys in the team over the course of 6 weeks won’t have any misunderstanding, but generally, if the team culture and team morale is good and you set the tone early, it gives you a better chance of gelling on the cricket field. Most of the teams I have been successful in, we have been able to do that.”

Sad that I am being targeted: Fan as his video from...