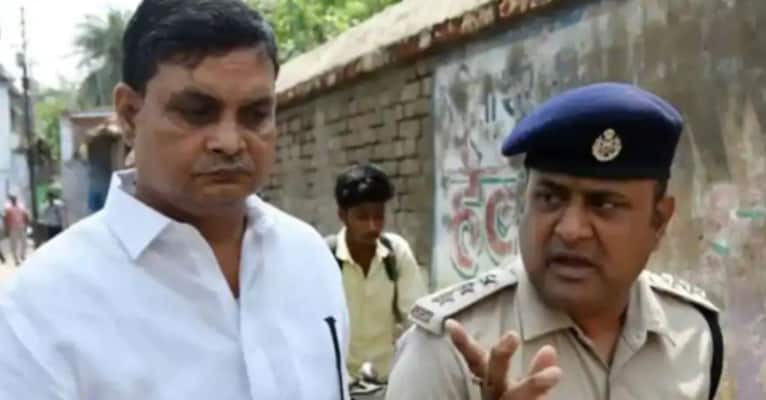 New Delhi: The Directorate of Enforcement (ED) has filed a prosecution complaint under Prevention of Money Laundering Act, 2002 against Brajesh Thakur, and his family members and others at PMLA special court in Patna on Wednesday (August 26), in connection with a case relating to misappropriation of government funds.

Brajesh Thakur is currently serving a life sentence in Muzaffarpur shelter home sexual assault case. In February 2020, a Delhi court had sentenced him “rigorous imprisonment till the remainder of his life” besides imposing a fine of Rs 32.20 lakh on him.

The prosecution complaint was filed with a prayer for awarding punishment to the accused of committing the offence of money laundering and confiscation of the attached assets worth Rs 8.8 crores in the form of movable and immovable properties in his name and in the name of his family members and others, according to an ED statement.

The ED initiated an investigation under the provisions of PMLA on the basis of 2 FIRs registered by Mahila Police Station, Muzaffarpur, and an FIR lodged by CBI, SCB, Patna against Brajesh Thakur and others under Section 420, 467 and 120B of IPC for misappropriating the funds/grant-in-aid received from government and other agencies in the name of NGO, Sewa Sankalp Ewam Vikas Samiti, and its sister NGOs.

Brajesh Thakur was the de facto owner, who in connivance with others misappropriated the fund/grant-in-aid to the tune of Rs 7.57 crores.

Investigation under PMLA revealed that Brajesh Thakur and others diverted/siphoned off the funds/grant-in-aid received for the welfare of girl children and others and used the funds for his personal gain by acquiring huge movable and immovable properties in his name and in the name of his family members viz. Kumari Asha, Rahul Anand, Manorama Devi, and others for acquiring huge movable and immovable properties including payment of fees for his younger son Mehul Anand’s medical education, the ED said.

Earlier a provisional attachment order (dated March 13, 2019) was issued attaching assets worth Rs 7.3 crores which has been confirmed by the Adjudicating Authority under PMLA. Recently another provisional attachment order (dated August 7, 2020) was also issued attaching assets amounting to Rs 1.5 crores. Now, a prosecution complaint has been filed by ED against the accused Brajesh Thakur and others before the Special Court for the PMLA, Patna has been filed.

The matter against Brajesh Thakur had come to light on May 26, 2018, after Tata Institute of Social Sciences submitted a report to the Bihar government highlighting the alleged sexual abuse of girls in the shelter home for the first time.

Vaani Kapoor: Abhishek Kapoor a master when it comes to capturing...

Samuel Miranda detained by NCB after raid at his house in...

Coronavirus infection may offer protection from reinfection for this long; read...