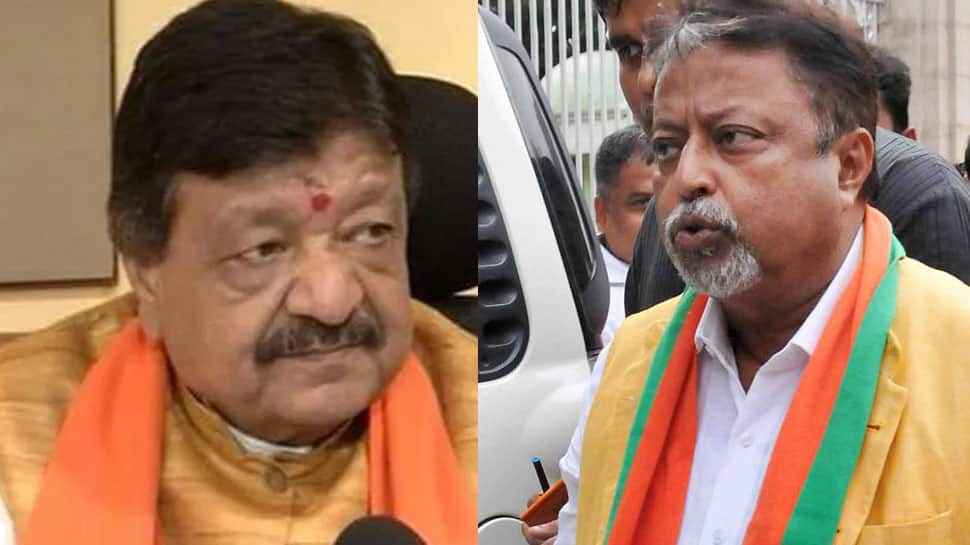 BJP leaders Bharati Ghosh and Jayprakash Majumdar have also been booked on charges of unlawful assembly and law violation. This comes a day after the BJP took out the ‘Nabanna Chalo’ protest march against the authoritarian regime of Mamata Banerjee and the targeted killing of the BJP workers in the state.

During the BJP’s ‘Nabanna Chalo’ protest march, hundreds of BJP activists were allegedly lathi-charged by the state police after a clash broke out between them.

The police used mild lathi-charge and water cannons allegedly filed with chemicals to disperse the BJP protesters. The BJP central leadership later strongly condemned the barbaric conduct of the West Bengal Government and the Kolkata Police and called it ”murder of democracy”.

Training his guns at the Mamata government, Prasad said, “BJP strongly condemns barbaric treatment by Bengal Police of senior party leaders. We would like to say very politely to Mamata Ji and TMC, by using Police and lathis you won’t succeed in stopping BJP’s expansion. Around 1500 BJP workers have been injured.’’

Addressing the reporters, BJYM national president and Bengaluru MP Tejasvi Surya too came down heavily on the West Bengal government over the “brutal attack” on BJP activists, during their march to the state secretariat, and said it was a “black day as rule of law were murdered” in the state.

Surya, the BJP MP from Bengaluru South, also sought an inquiry by the Union Home Ministry into the blue chemical-laced water that was sprayed on party activists during the rally and termed it a “gross violation of human rights”.

“Today was a black day… The TMC government murdered rule of law in the state. The way our cadres and leaders were attacked and beaten up mercilessly by the police is unprecedented. Don’t we have the right to conduct a peaceful rally in the state?” he said during a press meet here.

The parliamentarian further asserted that he would continue to visit Bengal and conduct democratic protests to ensure that the TMC gets defeated in the next assembly polls.

However, the West Bengal government categorically rejected the BJP’s charge and denied any wrongdoings by the state police. “No chemical was used in cannon water, it is wrong information. The intent globally to use coloured water is to identify a person post dispersal for further necessary action as per the law if required,” Alapan Bandyopadhyay, Chief Secretary, West Bengal, said.

“The applicant last evening had mentioned several rallies and said, each rally will have around 25,000 youth. If each rally had to be allowed then that would have been a travesty as per the lockdown norms,” Alapan Bandyopadhyay, state’s Chief Secretary said.

Parts of Kolkata and adjoining Howrah resembled a battle zone on Thursday as BJP workers and supporters clashed with police, hurling stones and blocking roads with burning tyres, to protest a string of killings of saffron party workers.

Police personnel in riot gear used teargas shells, beat up agitators and used water cannons to break up the protests which continued in the two cities for more than three hours.