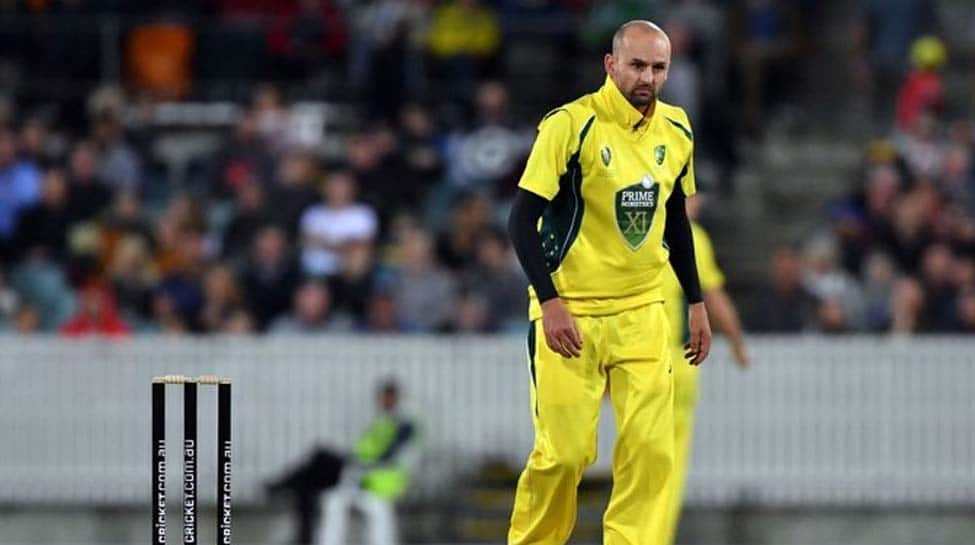 Test off-spinner Nathan Lyon has been included in the Australian squad for the remainder of the ongoing three-match Twenty20I series against India.

The 33-year-old has been added to the national squad for the final two matches against the Men in Blue in the shortest format of the game after Ashton Agar was ruled out of the series with a calf injury.

“With Ashton Agar out of the #AUSvIND T20I series with an injury, off-spinner Nathan Lyon has been added to the Australia squad!,” the International Cricket Council (ICC) confirmed on its official Twitter handle.

Lyon has been called up as a replacement for Cameron Green, who has been released by the national side so that he could join the Australia A squad for a three-day red-ball clash against an Indian side from Sunday at Drummoyne Oval.

It is to be noted that Lyon has not played for the side in the 20-over format of the game since October 2018 and has appeared in just two T20I matches despite holding the record for most Test wickets by an Australian off-spinner.

Earlier, Mitchell Swepson was brought in as cover for Ashton Agar and he featured in the series-opening clash on Friday, finishing with figures of 1/21 in two overs he bowled.

Meanwhile, skipper Aaron Finch is awaiting scan results after he picked up a niggle on his hip during his side’s 11-run defeat at the hands of India in the opening T20I at Manuka Oval.

With Ashton Agar out of the #AUSvIND T20I series with an injury, off-spinner Nathan Lyon has been added to the squad!

Australia, who are now trailing 0-1 in the T20I series, will look to bounce back in order to stay alive in the series when they take on India in the second match at the Sydney Cricket Ground (SCG) on Sunday.

PM-KISAN Scheme: Register yourself before March 31 to avail these benefits...

Major traffic snarls leading to Delhi from Haryana, UP borders due...