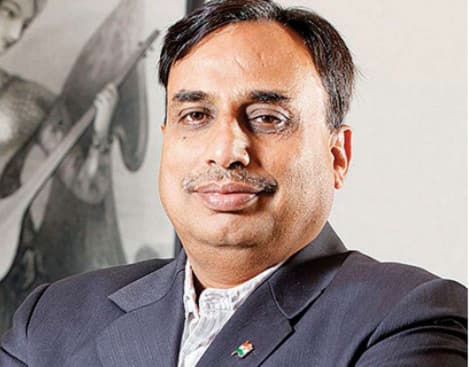 Essel Group of Industries, including Zee Media Network and Dish TV has stepped ahead in the difficult phase of the COVID-19 pandemic, giving utmost priority to the Nation First vision of Prime Minister Narendra Modi. Through its countrywide media network, the Group has also given a special thrust on the digital revolution in sync with Digital India.

During the coronavirus situation, our reporters in the field have emerged as corona warriors facing all odds to make our viewers informed and updated through TV, digital and social media along with other teams working 24X7 in different parts of the country.

Not only this, but we have also demonstrated our commitment to the government’s vision of ‘Make in India’ and ‘vocal for local’. Dish TV India Ltd has now decided to manufacture its set-top boxes in India, shifting the production of these boxes to India, thereby adopting a ‘vocal for local’ strategy.

I am really glad to say that the first consignment of made-in-India set-top boxes is ready and being shipped to the market. Further, I would like to inform you that Dish TV India also plans to shift almost 50% of its production to India by the Q1 of 2021.

The process will further intensify in the coming months, and the company is planning to start the manufacturing of the major components of the Set-Top Box and its accessories in India. Not only this, Dish TV India also plans to manufacture the STB cabinet in the country soon. We have started procuring the power adaptor from Indian manufacturers, and talks are in the advanced stage to produce the remote controls also in India.

These steps reiterate our pioneering position within the DTH industry as we aim to further expand our business operations and develop products that match the intrinsic needs of our customers. To give prioritise the ‘Make in India’ vision, I am confident that the company will achieve several industry firsts. I would like to the government for all its support and favourable policies.

As the Central government came out with the New Education Policy 2020, DishTV & D2H has also started an educational channel, Kalvi Tholaikkatchi, for students in Tamil Nadu. The free-to-air channel is now available from 6 AM to 11 PM on DishTV & D2H. The new initiative in the field of education expresses our commitment to the nation first.
(Jawahar Goel often shares his views on social media through his Twitter handle @Jawahargoel)

Mr. Goel, who led Dish TV as its Managing Director since 2007, has been instrumental in the creation and expansion of the Essel Group of Industries. He has been re-appointed as the MD of Dish TV by the company board. About his reappointment as its Managing Director, Dish TV in its regulatory filing with the BSE stated that Mr. Goel’s appointment comes into effect on April 1, 2020, and he will continue as the MD till March 31, 2022. It further said that he will continue to be the Chairman of the Board of Directors.

Your take-home pay may reduce from next year; Gratuity, PF component...

I am glad those who have begun watching Hostages Season 2...

15 men gangrape 2 sisters after drugging them for several days...