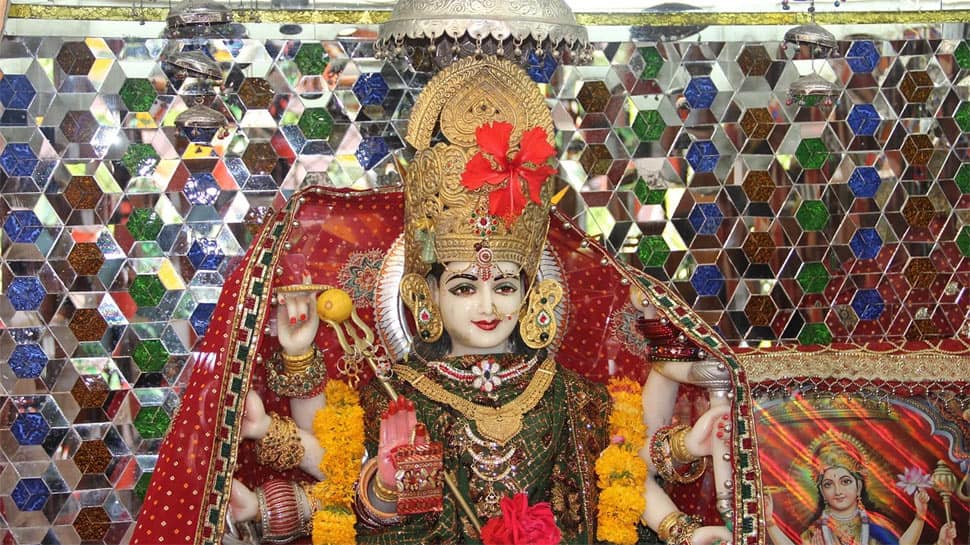 New Delhi: The goddess has arrived and the festivity will continue for nine-long days. The auspicious occasion of Sharadiya Navratri or Sharad Navratri has begun. This year it commences from October 17 and will last till 25, with Vijayadashami falling on 25/26 (as timings vary).

Largely there are five known types of Navratri falling in a year, out of which Sharad Navratri or Shardiya Navratri is the most significant one.

Devi is worshipped during these nine days across the country, and it is this time when people are dressed in their colourful best. Navratri starts on the pratipada or first day of the lunar month of Ashwin. The dates of Navratri vary each year depending upon the Hindu Lunar calendar.

On Day 1 of Navratri, goddess Shailputri is worshipped. During these 9 days of festivity, different avatars of goddess Durga are evoked and prayed to.

Sharad Navratri is considered to be the most important one and is also called Maha Navratri. Because it is celebrated during the Sharad period i.e. beginning of wintertime so it is referred to as Sharad or Shardiya Navratri also. This form of Navratri takes place during Sharad Ritu.

The practise of worshipping the mother goddess and the legend behind it varies from place-to-place because India is a diverse land and so is our culture.

The festival of Navratri marks the victory of good over evil and holds a great value amongst devotees. Navratri and Durga Puja is widely celebrated in the country and there are many legends associated with the festival.

Durga Puja and Sharad Navratri or Sharadiya Navratri coincide and are widely celebrated not just in the country but abroad by Indian diaspora as well.

Usually, Durga Puja begins six days after Mahalaya but this year it is different due to mala maas – lunar month having two moons. This year, Mahalaya, which is the beginning of the Devi Paksha and end of the Pitru Paksha took place on September 17 and Durga Puja starts from October 22.

Here’s wishing all our readers a very happy Navratri and Durga Puja!

Genetic study shows that the risk of pre-eclampsia is related to...

On Jaan Kumar Sanu’s ‘he never supported me’ remark, a reaction...