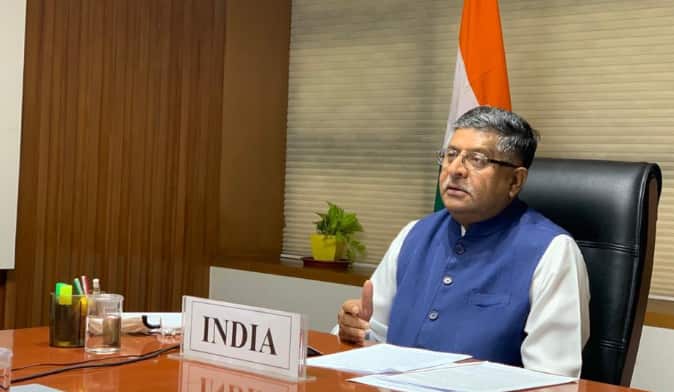 New Delhi: Senior BJP leader and Union Minister Ravi Shankar Prasad on Tuesday (November 17) alleged that during the Congress-led UPA regime there was no deal without a deal and no contract without a cut while addressing a press conference.

Ravi Shankar Prasad said, “Whenever you think of a kickback in a military deal of defence, you think of some Congress leaders. There is no work without kickback. ‘No deal without a deal, no contract without a cut’ for Congress leaders,” attacking the opposition party over reports of kickbacks allegedly received by its members in the AgustaWestland chopper deal.

The Union Minister Ravi Shankar Prasad sought answers from the Congress leadership and alleged that from the Jeep scandal, the Bofors scam to the submarine scandal and several more, Congress leaders for their benefit made a “mockery” of national security.

Citing a media report on the key accused in the chopper deal mentioning the names of senior Congress leaders like Salman Khurshid and Ahmed Patel, and Kamal Nath’s nephew Ratul Puri, the Senior BJP leader said, “Whenever you think of a kickback in a military deal, think of some Congress leaders.”

In 2010, he said, there were talks of buying AgustaWestland helicopters for VVIPs like the president and the prime minister at a cost of Rs 3,600 crore, adding that two years later, media reports revealed that kickbacks had been given in the deal.

The Union Minister further said that though the Manmohan Singh-led UPA-2 government had ordered a CBI inquiry no progress was made until the BJP-led NDA government was formed in May 2014, and then arrests were made in the case.

The key accused in the case, Rajiv Saxena, has mentioned the names of former Madhya Pradesh chief minister Kamal Nath’s nephew Ratul Puri and son Bakul Nath, along with names of other Congress leaders Salman Khurshid and Ahmed Patel in his statements before the Enforcement Directorate (ED), Prasad said.

US Vice President Mike Pence to get vaccinated publicly against COVID-19...

Five arrested for kidnapping trader in Mumbai’s Malad; video of the...

As part of UNICEF initiative, Darasing Khurana talks about the impact...

Unlock 5.0: Places of worship likely to reopen in Maharashtra from...

Bihar assembly election 2020: List of constituencies that will go to...