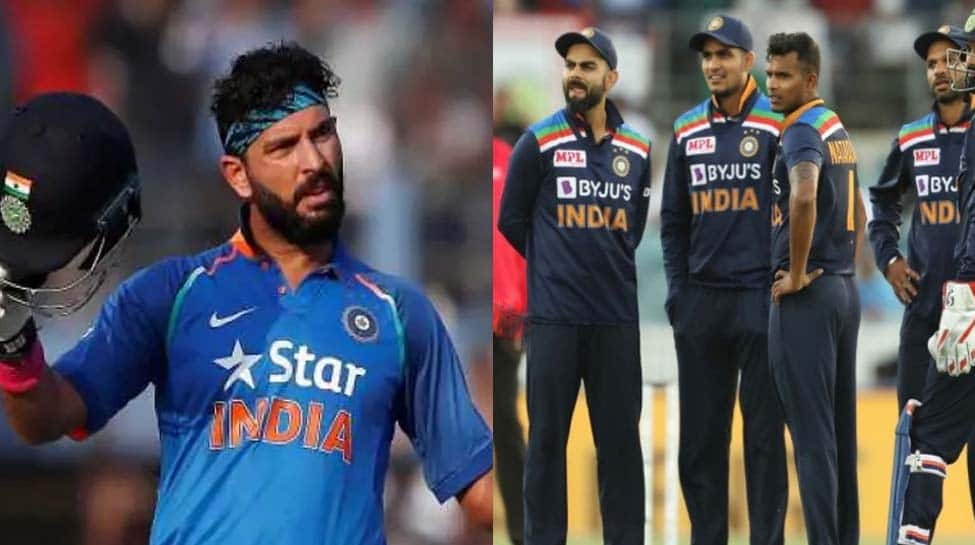 Former Indian cricketer Yuvraj Singh is often seen pulling the legs of other players on social media and this time, talented young batsman Shubman Gill has become the victim of his troll.

Gill was named in the Indian squad for the One-Day Internationals (ODIs) against Australia, but he didn’t get the chance to play in the first two matches before he was eventually roped in for the third and final clash.

Gill, who had featured in just two ODI matches before India’s 13-run victory over Australia in the final ODI on Wednesday, replaced Mayank Agarwal in the Playing XI to open the batting alongside Shikhar Dhawan.

After featuring the 50-over clash for the national side at the Manuka Oval, Gill couldn’t contain his happiness and shared a couple of pictures from the match on his official Instagram account.

“Great feeling representing my country,” he wrote along with the pictures.

Gill was seen standing alongside skipper Virat Kohli during their 56-run partnership in one picture, while he could be seen standing with his other teammates with his hands in his pocket in the other photo.

Reacting to the same, Yuvraj hilariously trolled Gill for keeping his hands in pocket.

The former Indian all-rounder dubbed Shubman as ‘Maharaj’ and said that it’s not a club match but an international game.

“Indeed a pleasure batting alongside the great @virat.kohli ! Maharaj jeb vicho hath kado India da match chal reha club da nahi  Why are your hands in your pocket? You are playing for India and not for a club),” Yuvraj commented.

Gill scored 39-ball 33 with the help of three boundaries and a six before he was caught leg before wicket by Ashton Agar as India posted a score of 302/5 in their stipulated 50 overs.

In reply, crucial half-centuries each from skipper Aaron Finch (75) and Glenn Maxwell (59) went in vain as Australia were bundled out for for 289 to avoid India the series sweep.

Shardul Thakur bagged three wickets for India, while Jasprit Bumrah and T Natarajan claimed two wickets each. Kuldeep Yadav and Ravindra Jadeja also chipped in with a wicket each.

On a related note, India are currently playing a three-match T20I series against the Aussies and have taken an early 1-0 lead after winning the opening match by 11 runs at Manuka Oval, Canberra on Friday.

Allow all women to travel by Mumbai local trains: Maharashtra to...

Resistance and challenges to Green Deals should not be underestimated

Foreign diplomats set to visit Pune on Dec 4 to see...

Video of Kangana Ranaut saying she was a ‘drug addict’ goes...