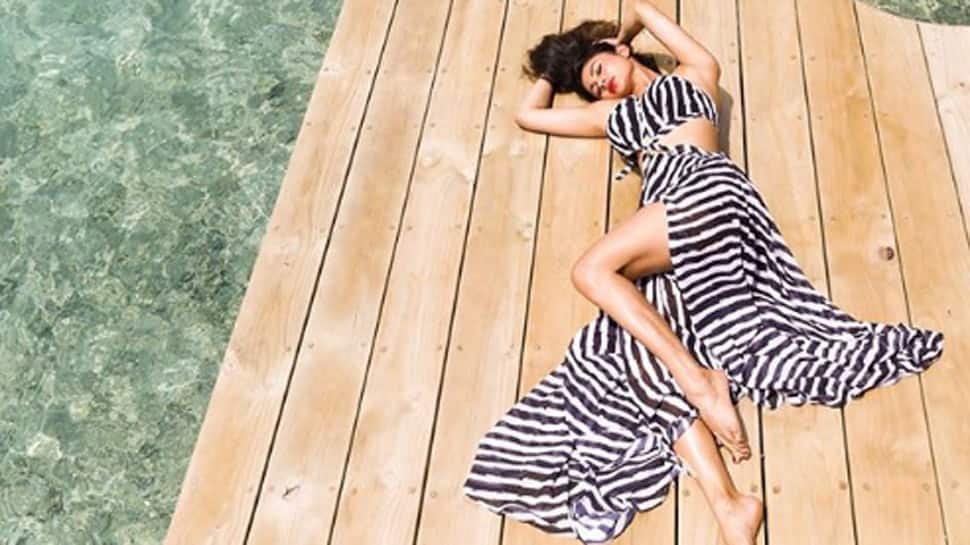 New Delhi: The stunner of an actress Mouni Roy made a successful transition from television to movies. The original ‘Naagin’ of the small-screens has a solid social media presence on Instagram.

She recently dropped a series of gorgeous pictures. dressed in a little black dress. Take a look here:

She enjoys a massive fanbase on social media with over 15 million followers on Instagram.

Fans are now eagerly waiting for her next big film ‘Brahmastra’ which stars Amitabh Bachchan, Ranbir Kapoor and Alia Bhatt in lead roles. Mouni was last seen in ‘Made In China’ opposite Rajkummar Rao.

‘Brahmastra’ happens to be the first part of the trilogy, produced by Dharma Productions. The film will hit the screens next year. Mouni, who won a million hearts as ‘Naagin’ in small screens will be seen playing a negative role in Ayan Mukerji’s ‘Brahmastra’.