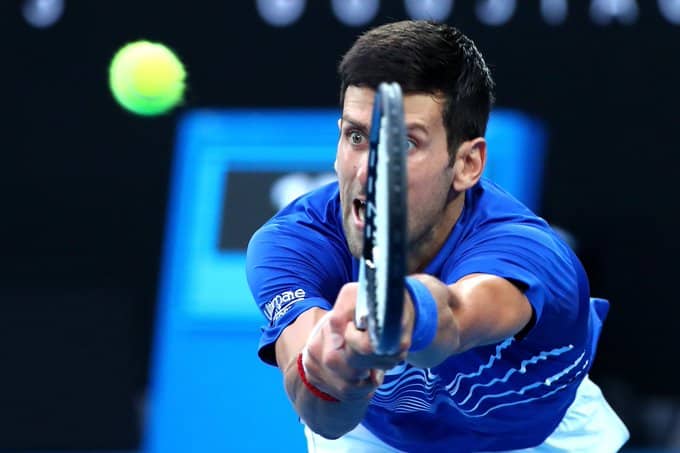 Novak Djokovic has sealed the year-end men`s world number one tennis ranking for the sixth time to go level with childhood hero Pete Sampras after closest rival Rafael Nadal opted against playing in the ATP Tour event in Sofia next week.

Spain`s 20-time Grand Slam champion Nadal, ranked second, was the only player who had a chance to stop the Serbian from finishing as the top-ranked player in 2020.

“Pete was somebody I looked up to when I was growing up, so to match his record is a dream come true” Djokovic said in an ATP statement.

“I will also keep striving to be a better player, hopefully have more success and break more records in a sport I love with all my heart.”

During the year, Djokovic won the ATP Cup in January before picking up a record-extending eight Australian Open Grand Slam in Melbourne. He also won the Cincinnati Masters and a record 36th ATP Masters title in Rome.

In September Djokovic also overtook American Pete Sampras, who ended as No. 1 for six straight years between 1993 and 1998, for the most weeks overall at the top ranking and will begin his 294th week in first spot on Monday.

33-year-old Djokovic, the winner of 17 Grand Slam titles, has mentioned that Roger Federer`s record of 310 weeks as No. 1 remains his target and he will have a chance to move past the Swiss on March 8 if he can hold on to his top spot.

“To finish the year as No. 1 is one of the most impressive achievements in our sport, one which requires sustained excellence across the season,” ATP Chairman Andrea Gaudenzi added.

“To see Novak achieve this for the sixth time and match Pete`s record is simply incredible, and he continues to cement his place in the history books.”