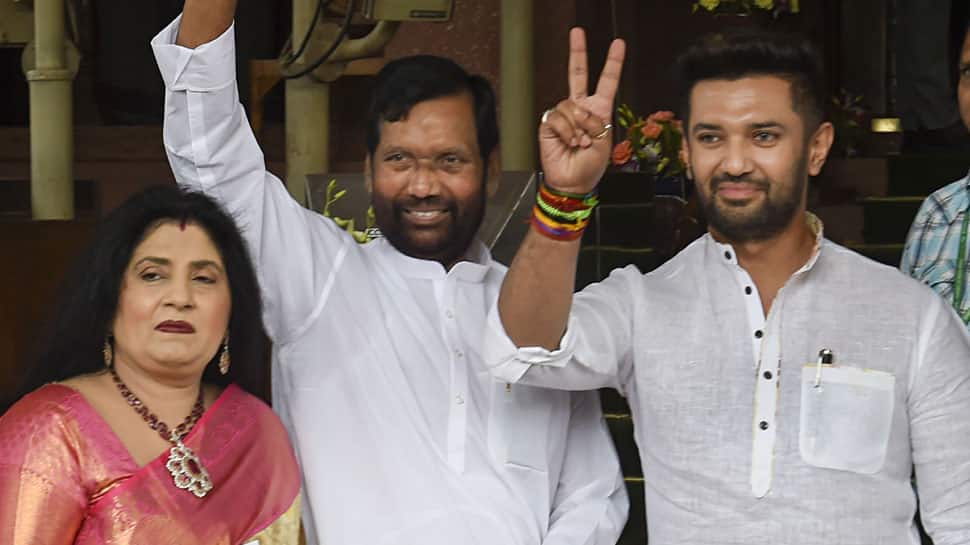 A confusion has crept in the  National Democratic Alliance (NDA) over the Rajya Sabha seat, which was vacated after the demise of Lok Janshakti Party (LJP) founder and former union minister Ram Vilas Paswan. The LJP, the BJP’s ally at the centre, is demanding that the seat be given to Ram Vilas Paswan wife, Reena Paswan.

Janata Dal (United) (JDU) has put the ball in the Bharatiya Janata Party’s (BJP)court but the same time, BJP is also eyeing this seat.

LJP wrote a letter to PM Narendra Modi: Chirag Paswan’s party LJP has made its intentions clear. LJP media in-charge Krishna Singh Kallu has said that making Ram Vilas Paswan’s wife Reena Paswan a candidate for Rajya Sabha Election will be a true tribute to Ram Vilas Paswan. A letter has also been sent on behalf of LJP to Prime Minister Narendra Modi in this regard.

Path for LJP not easy: NDA constituents are not speaking more openly about who will go to Rajya Sabha on behalf of NDA instead of Ram Vilas Paswan. The way the LJP has hurt the JDU in the Bihar Assembly Election 2020, it does not make it easy for the LJP to get this seat.

JDU is upset with LJP: Along with Nitish Kumar, other JD(U) leaders are also making statements in this regard. JDU leader Ashok Chaudhary has said that LJP has not only damaged JD(U) but also BJP in many seats. In such a situation, it is meaningless to support LJP. JD(U) state president Vashistha Narayan Singh has also spoken of expelling the LJP from the NDA.

Sushil Modi’s claim: On the other hand, it is also being said that BJP is also eyeing this seat as Sushil Kumar Modi is also claiming the seat. All the BJP leaders have kept silence on this matter. A BJP leader said only on the condition of anonymity that the central leadership has to take a decision on this issue.

After Nitish Kumar was sworn-in as Bihar chief minister for the seventh time, LJP chief Chirag Paswan said tongue-in-cheek that he hoped that the JD(U) president would “continue to be NDA’s chief minister”. Chirag, a bitter critic of Kumar, had congratulated Kumar saying, “I congratulate you on becoming the chief minister and the BJP for making you one”.

Paswan, during the acrimony-filled campaign for Bihar assembly polls, had claimed that Kumar might ditch BJP after the results were out, join the RJD-led Grand Alliance and make yet another attempt at posing a challenge to the NDA in the 2024 general elections. Paswan, who had chosen to plough a lonely furrow, had said the LJP was and will remain loyal to BJP, which was staring at the spectre of yet another “paltimaar” (volte-face) by the JD(U) president.

In another tweet, the LJP chief termed the NDA’s victory in the state polls “a big win for Prime Minister Narendra Modi”. He took a swipe at Kumar saying “There are some people who have been in power for 15 years but still have to take help of three friends (allies)”. LJP had withdrawn from the NDA in Bihar.

Defence Ministry to host Aero-India exhibition in Bengaluru from February 3-5...