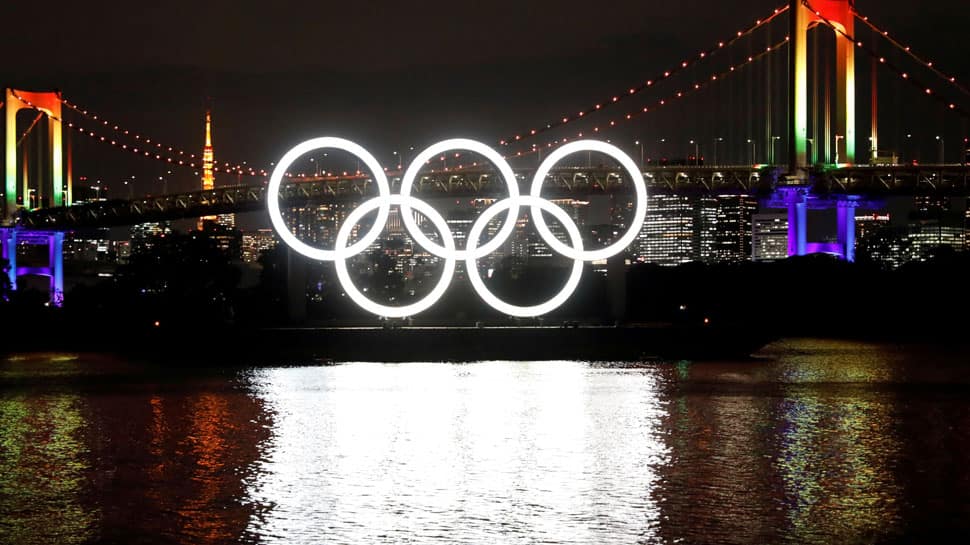 TOKYO: The giant Olympic rings monument had been illuminated after being reinstalled at Odaiba Marine Park in Tokyo Bay amid the coronavirus disease (COVID 19) outbreak. They were removed in August.

The rings were later illuminated and the neighbouring Rainbow Bridge lit up in a multi-coloured display, as organisers looked to provide a symbol that the rearranged Games can go ahead safely next year.

However, the return of the monument, which stands 15.3m tall and 32.6m wide and was originally installed in January, was overshadowed by requests from the Tokyo Metropolitan Government that entertainment establishments and restaurants close at 2200 JST until Dec. 17.

Because of this, following the rings’ brief illumination on Tuesday, they will go dark until the restrictions are lifted. However, the return of the rings should send a signal that the Games are indeed getting closer, Tokyo metropolitan government planning director Atsushi Yanashimizu told Reuters.

“Since the symbol is here, we want Tokyo residents and also internationally to feel that the Games are coming very soon,” Yanashimizu said.

“Also, we want everyone to feel we will have the Tokyo 2020 Games definitely next year.”

The monument will remain in place next to Rainbow Bridge until the Olympics finish in August before being replaced with the Paralympics logo.

The Olympics were pushed back by a year in March because of the novel coronavirus pandemic and organisers have yet to provide a figure for how much the postponement will cost.

On Monday, Kyodo News reported that organisers estimated the cost of COVID-19 countermeasures for the Games would run to around 100 billion yen ($960 million).

The report, which did not identify the source of the information or detail how many visitors would be allowed, also said Japan would not restrict tourists from using public transportation systems.

Under current restrictions imposed to curb the spread of the novel coronavirus, travellers are required to self-isolate for 14 days on arrival as well as sign up for contact-tracing apps.

New study could help predict which individuals are more susceptible to...

Shraddha Kapoor celebrates 1 year of ‘Chhichhore’ in ‘loving memory’ of...

‘You will be amazing parents’: PM Narendra Modi’s special message to...