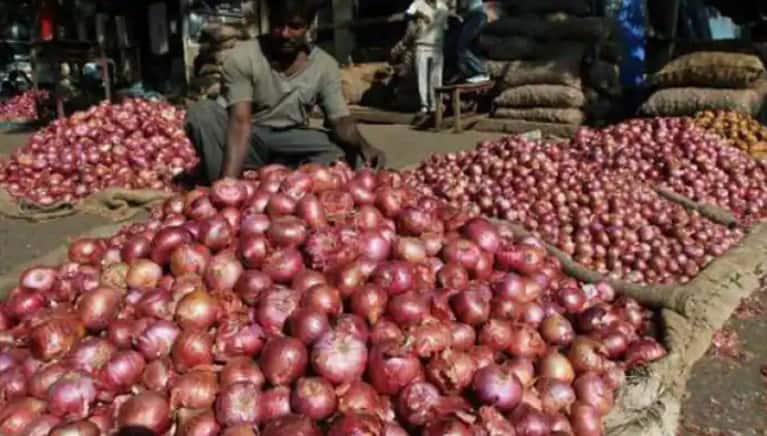 New Delhi: If you are fond of consuming onion in your food, you need to check this habit as Lasalgaon, the country’s biggest onion market in Maharashtra, on Thursday (October 8) witnessed an increase of Rs 600 per quintal. This is likely to have a cascading effect on other markets across the nation.

During this season, red onions used to come from Karnataka and Bengaluru, but due to rain in that area, the onion crop has been destroyed. It will take at least 2-3 months for the new crop of onion to come. Buyers will have to loosen their your wallet in the coming days.

Earlier in September, the government had decided to ban the export of all onion varieties, which compelled Lasalgaon, Nashik, and Maharashtra farmers to come out on the streets to protest against the Centre’s decision.

The government’s move was to curb the rising prices of onions in the domestic market and increase its availability.

In a notification, the Directorate General of Foreign Trade (DGFT) had said, “The export of all varieties of onions is prohibited with immediate effect.” The DGFT, an arm of the commerce ministry, deals with exports and imports-related issues.

Before the ban was announced, prices of the kitchen bulb in Lasalgaon, the country’s biggest onion market in Maharashtra, had doubled to Rs 3,000 per quintal since March.

IND vs AUS: I was looking to put R Ashwin under...