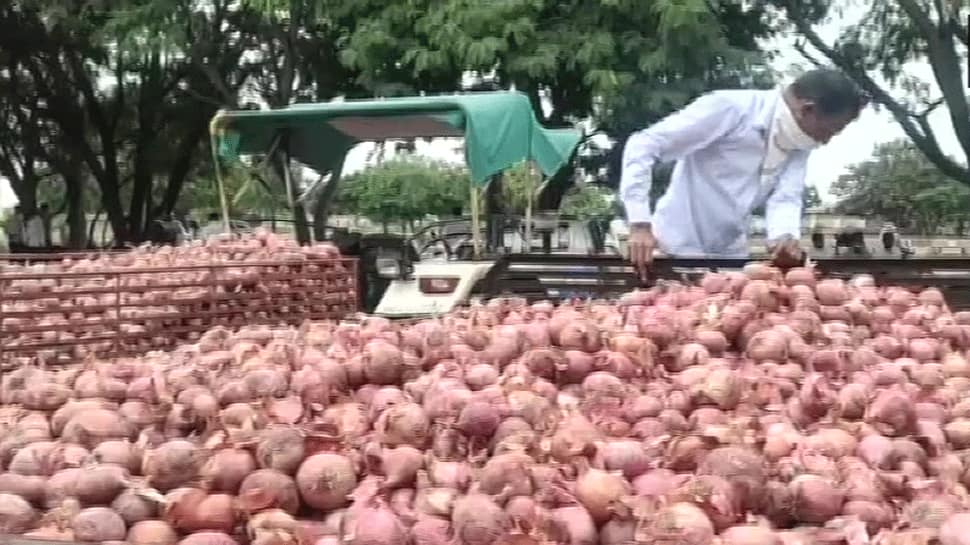 Nashik: The onion traders of Maharashtra who were protesting against the government’s new policy on limiting stock, resumed trading at the onion wholesale market on Friday (October 30).

In protest against the Centre’s move, traders called off onion auctions in all 15 Agriculture Produce Market Committees (mandis) in Nashik, including at Lasalgaon APMC, Asia’s biggest onion market.The onion traders ended the protest after Maharashtra Chief Minister Uddhav Thackeray appealed to the traders to end the protest and asked them to restart onion auctions from Friday.

The state government will follow up with the Centre the farmers’ demand that onion stock holding limits be increased, Thackeray assured them and requested traders to restart auctions.

Meanwhile, the Centre on Thursday said onion traders will be given three days’ time for grading and packing of onions from the date of purchasing the commodity from mandis before stock holding limits come into force.

In the wake of spiralling onion prices, the government has imposed stock limits on retail and wholesale onion traders with effect from October 23. Till December-end, retailers are allowed to stock onions only up to 2 tonnes while wholesale traders can keep up to 25 tonnes.The move is to improve the domestic availability of onion and provide relief to consumers.

As per the new policy, the retail traders can stock onion up to 2 tonnes, while wholesale traders are allowed to keep up to 25 tonnes. In the last few weeks, onion prices have shot up sharply to over Rs 75 per kg in the wake of damage to standing Kharif crop due to heavy rainfall.

Encounter breaks out in Pulwama’s Zadoora area in Jammu and Kashmir;...