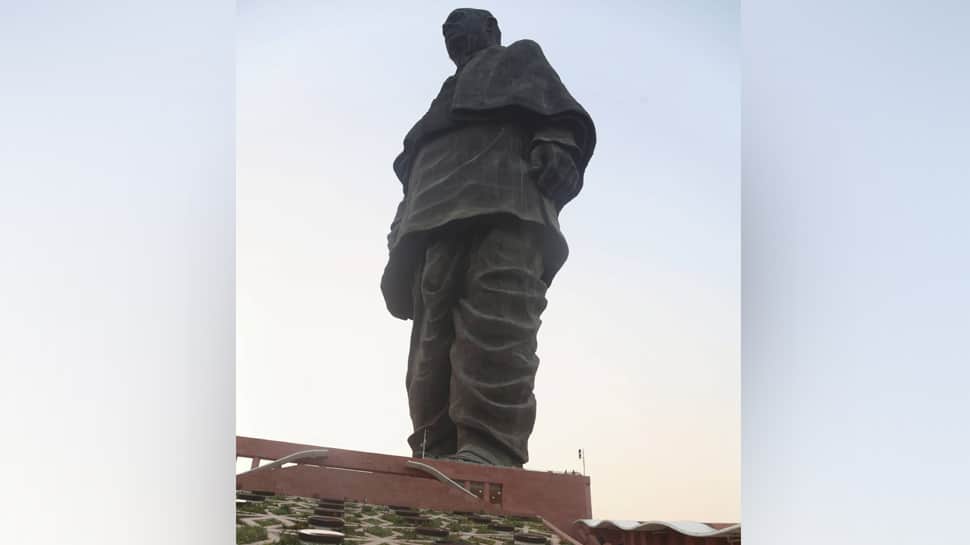 Ahmedabad: The Gujarat Police have registered a case against some employees of a cash collection agency in the state for allegedly cheating a bank by not depositing the amount of Rs 5.24 crore during November 2018 to March 2020 which was generated from the sale of tickets for the Statue of Unity, an officer said on Wednesday.

The bank, in which the Statue of Unity management held two accounts, had hired an agency to collect cash daily from authorities at Kevadia in Narmada district and deposit it the next day, Deputy Superintendent of Police Vani Dudhat told reporters. “However, some staffers of the agency prima facie didn’t deposit an amount of Rs 5,24,77,375 into the bank accounts of the statue management between November 2018 and March 2020,” said Dudhat.

The officer said an FIR was lodged by the manager of the private bank against unidentified persons working with the cash collection agency at Kevadia police station on Monday night. Police have registered a case under sections 420 (cheating), 406 (criminal breach of trust) and 120-B (criminal conspiracy) of the Indian Penal Code (IPC), Dudhat said, adding that police are yet to make an arrest in the case.

Meanwhile, the Statue of Unity management said the issue lies between the bank and the cash collection agency concerned. A senior official of the management said the bank has deposited Rs 5.24 crore into their accounts. The imposing monument of Sardar Vallabhbhai Patel, called as the Statue of Unity (SoU), is located at Kevadia in Narmada district. The statue has been a major tourist attraction since it was inaugurated in October 2018.

A Children Nutrition Park and a Cactus Garden are among other attractions, including river rafting, located in the vicinity of the monument. Before the lockdown, people had the option to buy tickets online or over the counter in cash at the spot.

In December 2019, Gujarat Deputy Chief Minister Nitin Patel informed the Legislative Assembly that the statue management earned a revenue of Rs 82.51 crore between November 1, 2018, and November 16, 2019. Data of revenue from November 2019 to March 2020 was not released by the government.

As per the FIR, the bank has been using services of the agency since 2003 for cash collection and deposition. The bank had appointed the same agency to collect cash generated from the sale of tickets at the Statue of Unity and other connected tourist attractions and deposit it into the two bank accounts of the State of Unity authorities, Dudhat said.

“In a recent audit, the State of Unity officials found a mismatch in the amount mentioned in cash deposit slips, given by the agency staff after collecting the cash, and the actual cash deposited into the bank accounts between November 2018 and March 2020,” she said.

After it was informed by the statue management about the mismatch, the bank conducted a probe which revealed that some staff members of the agency allegedly did not deposit Rs 5.24 crore, following which the bank authorities lodged the FIR, the deputy SP said.

“We need to check several records of the agency to find out who was involved in the cash collection exercise at Kevadia,” the officer said, adding that no one has been identified or arrested yet. The monument was shut for tourists for almost seven months since March due to coronavirus-induced lockdown, before it was reopened for visitors from October 17 with staggered timings. Limited tickets are sold online. Offline sale of tickets at the counter has been stopped, an official said.

From San Diego to Italy, study suggests wisdom can protect against...

Apple supplier Foxconn ties up with Fisker for EV production |...

Explained: Why did the Centre impose nationwide lockdown on four hours...

DNA exclusive: Can we establish Ram Rajya in modern era after...