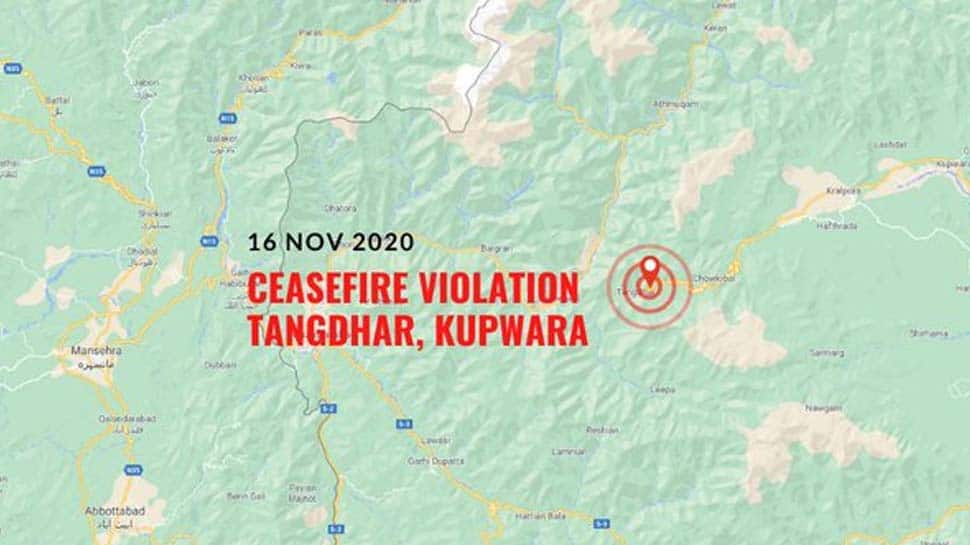 Pakistan on Monday resorted to unprovoked ceasefire violation along the Line of Control (LoC) in Kupwara district of Jammu and Kashmir. The Indian Army gave a befitting response.

Taking to micro-blogging site Twitter, Chinar Corps of the Indian Army tweeted that the Pakistani troops in the evening initiated firing mortars and other weapons in Tangdhar Sector of the district.

The Chinar Corps tweeted, “Pakistan initiated an unprovoked Ceasefire Violation along Line Of Control in Tangdhar Sector, Kupwara District today evening by firing mortars & other weapons. Befitting response is being given.”

On November 13, Pakistan had resorted to multiple ceasefire violations along the LoC from Gurez sector to the Uri sector in Jammu and Kashmir. A total of five security forces personnel were martyred and three civilians were also killed along LoC in Pakistan firing, according to the Army.

India on November 14 had summoned the Charge d’Affaires of the Pakistan High Commission and lodged a strong protest over the ceasefire violations. In a statement, the Ministry of External Affairs (MEA) had said India also condemned, in the strongest terms, the “deliberate targeting” of innocent civilians by Pakistani forces, saying it was highly deplorable that Pakistan chose a festive occasion in India to disrupt peace and perpetrate violence in Jammu and Kashmir through coordinated firing along the LoC.

“The Charge d’Affaires of the High Commission of Pakistan was summoned by the Ministry of External Affairs today and a strong protest was lodged over unprovoked ceasefire violations by Pakistani forces, on multiple sectors along the Line of Control in Jammu and Kashmir on November 13, resulting in the death of four innocent civilians and serious injuries to 19 others,” the MEA had said.

NASA shares an astonishing image of blue dunes on the Mars...

Air India One: Custom-made B777 plane for VVIP travel arrives in...