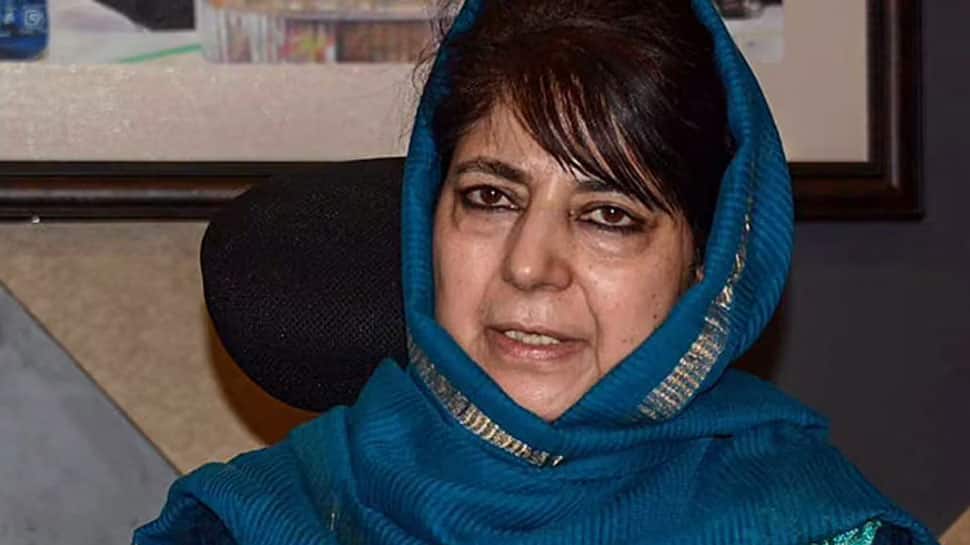 Srinagar: Former Chief Minister and Peoples Democratic Party (PDP) chief Mehbooba Mufti on Friday alleged that she was barred by the authorities from holding a press conference at her residence in Srinagar.

She alleged that she was being detained again by the Centre and a large number of policemen were deployed outside her residence.  The media people were not allowed by the police to enter her residence for attending the press conference, she alleged.

Earlier this morning, Mufti had alleged that she was stopped from visiting the residence of party leader Waheed Parra, who was arrested by the NIA on Wednesday.

Accusing the administration of bias, Mehbooba alleged that she was prevented from meeting Parra`s family on the pretext of security, while the BJP leaders and Union Ministers were allowed to travel across Kashmir.

“I have been illegally detained yet again. Since two days, J&K Admin has refused to allow me to visit Waheed Parra`s family in Pulwama.”

“BJP Ministers and their puppets are allowed to move around in every corner of Kashmir but security is a problem only in my case,” she wrote on Twitter.

She said her daughter Iltija Mufti, who also wanted to visit Parra`s home and meet with his family, has also been placed under house arrest. However, J&K Police categorically refuted her allegations and said that PDP leader Mehbooba Mufti is not under house arrest.

She was requested to postpone her visit to Pulwama purely due to security reasons, the Jammu and Kashmir Police said in a tweet. The National Investigation Agency (NIA) on Wednesday arrested PDP leader Waheed Parra.

He has been arrested in connection with former Deputy Superintendent Davinder Singh and Hizbul Mujahideen terrorist Naveed Babu case for supporting the proscribed terror outfit in a conspiracy case. Singh and Babu were arrested while travelling from Srinagar to Jammu in January this year.

Royal Enfield Himalayan 2021 launched in India: Here’s all about test...