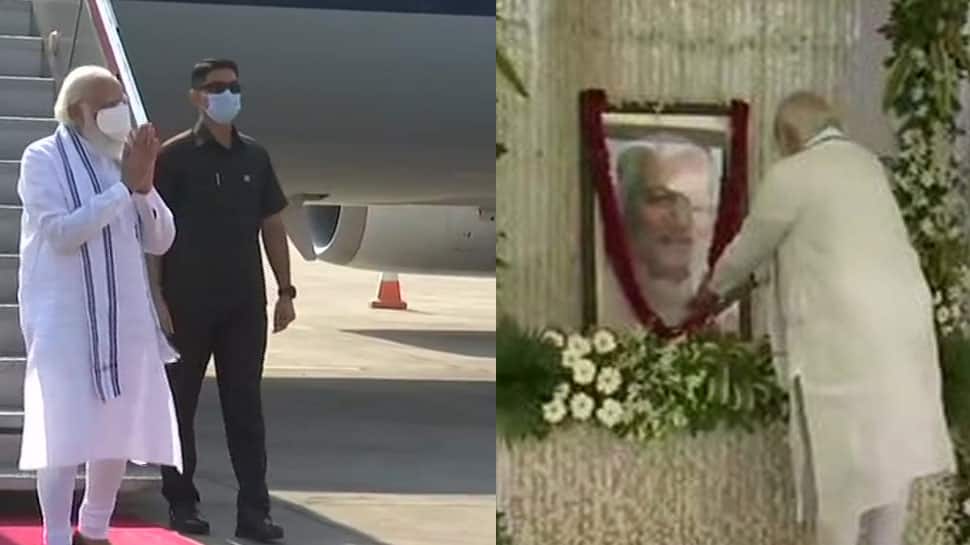 Ahmedabad: Prime Minister Narendra Modi arrived in Gujarat on Friday on a two-day visit during which he is scheduled to launch a host of projects, including a seaplane service between Kevadiya and Ahmedabad, and visit the Statue of Unity.

Upon his arrival at the Ahmedabad airport, he was welcomed by Chief Minister Vijay Rupani and Governor Acharya Devvrat. This is the PM’s first visit to his home state after the coronavirus outbreak.

He is on a 2-day visit to Gujarat. pic.twitter.com/yavYtZRGKp

He then went to meet the family members of Gujarati cinema superstar Naresh Kanodia and his music composer-brother Mahesh Kanodia, both of whom died recently.

It is also expected that the PM would meet his nonagenarian mother Hiraba, who lives on the outskirts of Gandhinagar city with Modis younger brother Pankaj Modi.

The PM would then reach Kevadiya in Narmada district to inaugurate various tourism projects near the Statue of Unity, a monument dedicated to Sardar Patel.

On Saturday, he would inaugurate a seaplane service connecting Kevadiya with Ahmedabad.

Aadhaar Card mobile number verification: Here’s how to do it online...

Complex around Ram Temple in Ayodhya all set to have these...