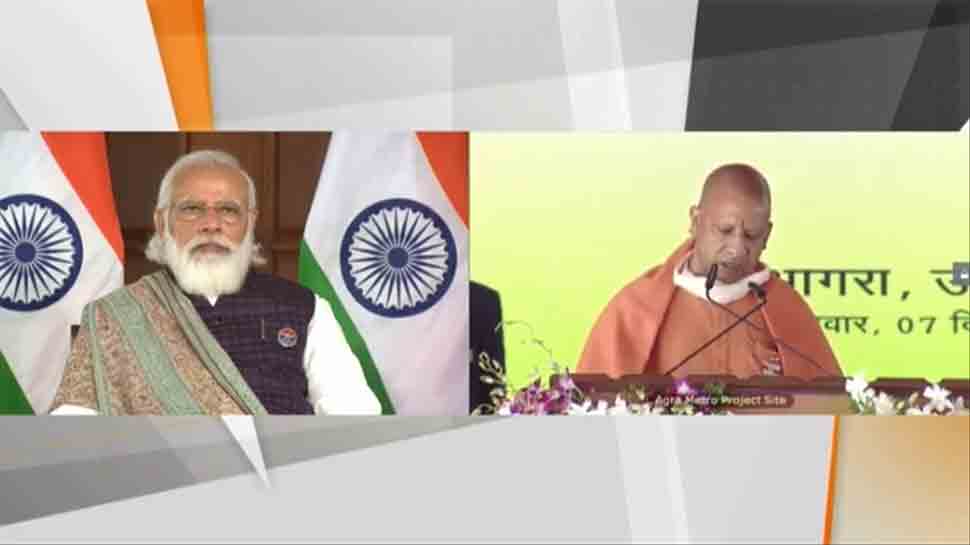 The event was held at 15 Battalion PAC parade ground in Agra.

Speaking at the inauguration, PM Modi said, “This metro project, worth over Rs 8000 crores, will strengthen the mission related to the establishment of smart facilities in Agra. The faith of sisters, daughters, farmers, labourers and traders of India was seen in results of every election in recent past. In Hyderabad elections, the poor and the middle class blessed the efforts of the government. Your support is my inspiration.”

Speaking at the programme to begin construction of Agra Metro Rail Project. https://t.co/xDQLUUfrrZ

“Just days ago the people of Hyderabad gave a big endorsement to the government’s efforts; this encourages us to work harder; it increases our resolve for an Aatmanirbhar Bharat,” PM said.

The project will benefit Agra’s population of 26 lakh and also cater to more than 60 lakh tourists who visit the historic city every year. It will provide an environment-friendly mass rapid transit system to Agra, the statement said.

The estimated cost of the construction of the project is Rs 8,379.62 crore and it will be completed in five years, it said.

Kia Sonet SUV to be launched in India on September 18...

Navratri 2020: When does the festival begin and puja timings –...