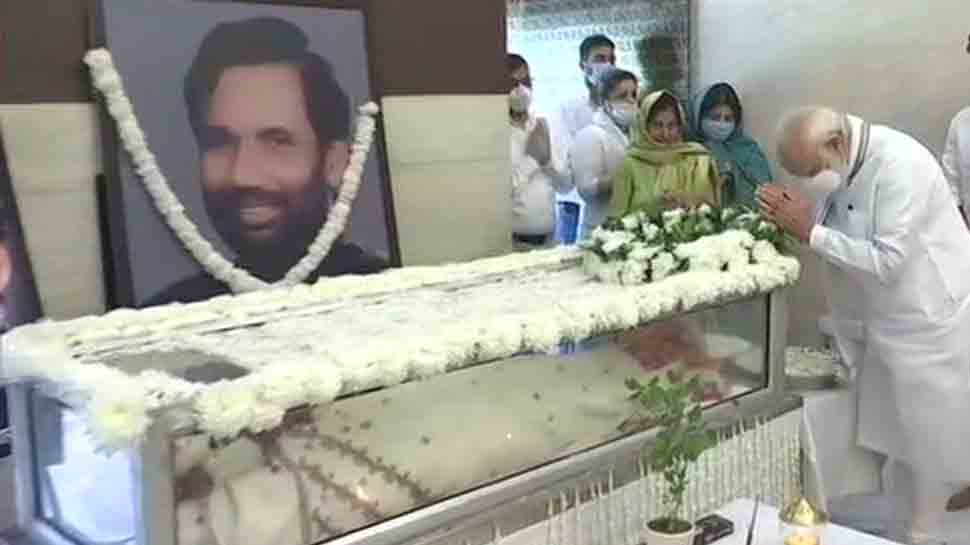 Earlier on Friday, Ram Vilas Paswan‘s mortal remains were taken to his residence in the national capital from the All India Institute of Medical Sciences (AIIMS), where he breathed his last on  Thursday. Union Health Minister Dr Harsh Vardhan among others were present at the AIIMS this morning.

Meanwhile, flags at Rashtrapati Bhavan and Parliament are flying at half-mast to condole the demise of the Union Minister.

As a mark of respect to Cabinet Minister Ram Vilas Paswan, who passed away on Thursday, the Union Ministry of Home Affairs (MHA) announced that the National flag will be flown at half-mast on Friday in the national capital and capitals of all States and Union Territories (UTs) where it is regularly flown, and also on the day of the funeral at the place where the funeral will take place.

According to the MHA, it has also been decided that state funeral will be accorded to Paswan.Union Minister and Lok Janshakti Party (LJP) founder Ram Vilas Paswan passed away at the age of 74 on Thursday. His son Chirag Paswan broke the news on his Twitter handle.

Finalists of ICC World Test Championship to be decided by percentage...

Assistant Commandant of CRPF martyred, 9 injured in Naxal attack in...

Jammu and Kashmir DDC polls: 8.93 per cent polling in first...