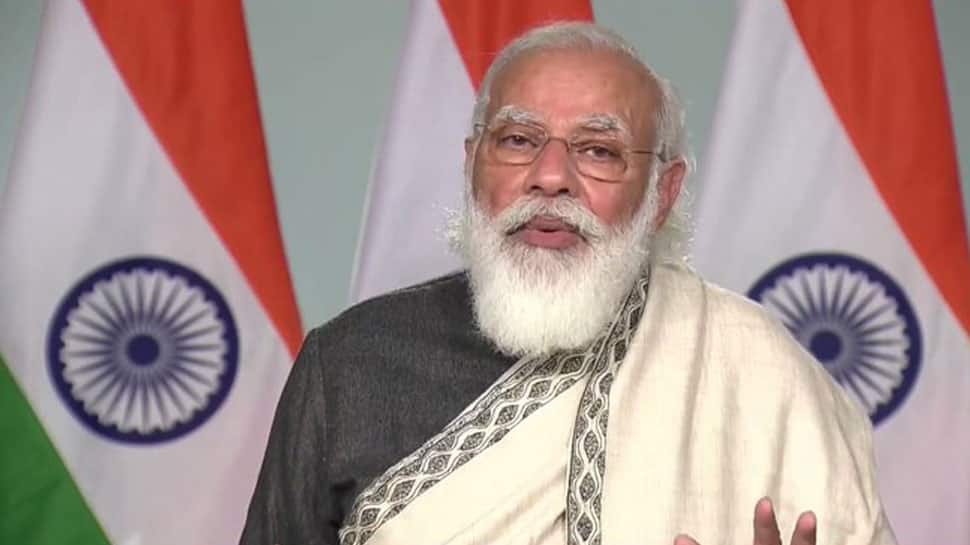 Kevadia: Prime Minister Narendra Modi on Thursday pitched for single voters’ list and said that ‘One Nation, One Election’ is the need of India as polls taking place every few months impact development works.

The PM made these remarks while addressing the concluding session of the 80th All India Presiding Officers Conference via video conference.

The Prime Minister also suggested a single voters’ list for Lok Sabha, assembly and panchayat polls, saying separate lists are a waste of resources. Legislature, Executive and Judiciary should work with better coordination and national interest should be the basis for every decision, PM Modi said.

“We must remember that when politics take over people and nation-first policies, the nation has to pay adversely in such situations,” he said. He also cited the example of delay in the completion of the Sardar Sarovar Dam, saying it kept lingering and was completed after years.

“This could have happened earlier if development was given precedence. Those who stalled it, have no repentance,” he said in a clear attack on the Congress.

Underlining that there is no place for politics of untouchability, PM Modi cited the example of the Statue of Unity built by his government for Sardar Vallabhbhai Patel despite him not being from the BJP or the Jana Sangh.

The constitution is our guiding light to take on challenges in the 21st century and national interest should be our basis for every decision, PM Modi said. He called for raising awareness about the Constitution.

“Our Constitution has many features, but one very special feature is the importance given to duties. Mahatma Gandhi was very keen on this. He saw a close link between rights and duties. He felt that once we perform our duties, rights will automatically be safeguarded,” he said.

He also referred to the practice of KYC (know your customer) in the corporate world and said there should be a similar KYC drive in the form of Know Your Constitution to popularise the Constitution and its different features.

The All India Presiding Officers Conference began in 1921, and the Gujarat event marks its centenary year. The theme for this year’s conference is ‘Harmonious Coordination between Legislature, Executive and Judiciary- Key to a Vibrant Democracy’.

PM Modi also paid homage to the victims of the 26/11 Mumbai attacks and asserted that India is fighting terrorism now with a new policy and new process. Noting that it was the biggest terror strike on India, PM Modi said India can never forget the 26/11 Mumbai terror attacks.

On November 26, 2008, ten Lashkar-e-Taiba terrorists from Pakistan arrived through the sea and opened fire, killing 166 people, including 18 security personnel, and injuring many during the 60-hour siege in Mumbai.

Australia win first cricket match Down Under in six months |...

Relieving the cost of COVID-19 by Parrondo’s paradox

2 terrorists gunned down during encounter in Chingam village in Jammu...