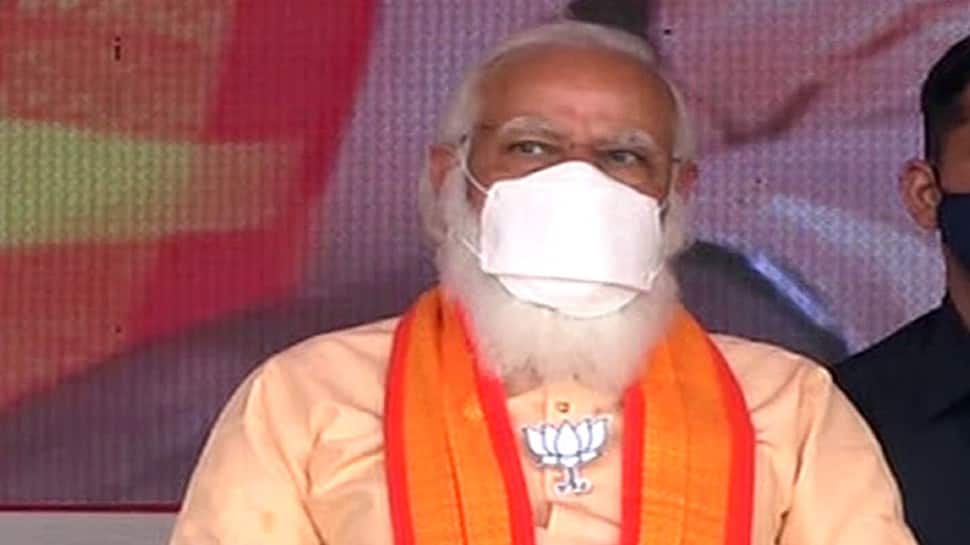 New Delhi: Prime Minister Narendra Modi is expected to visit France in May during his visit to Europe for the Indian EU summit.

PM Modi will be in Portugal for the India EU summit on May 8, and France will be part of it. The Prime Minister had last visited France in 2019, when French President Emmanuel Macron had invited him for the G7 summit in Biarritz.

Ahead of the visit by Indian PM, the French foreign minister Jean-Yves Le Drian will be on an India visit from April 13 to 15.

During his India visit the French minister will take part in the Raisina Dialogue and India-France-Australia foreign ministers trilateral meet. Both Paris & Delhi have increased engagement at multiple levels – from dealing with COVID-19 crisis to defence.

Indian Ships will be part of France lead La Perouse exercises in Bay Of Bengal from 5th to 7th April. The exercises will involve France plus Quad Naval ships coming together for the first time.

France has also delivered 21 out of 36 contracted Rafale jets to India. More deliveries are expected in April, and May.

India’s focus on Europe will continue in the coming months as the PM is expected to visit Denmark in a few months time for the 2nd India Nordic Summit.

The first such summit took place in 2018 in Stockholm. Meanwhile Italy will be hosting the Health Summit in May, but the summit could take place virtually considering the COVID-19 pandemic situation. Italy is also host of the G20 and will hold a summit on October 30-31 in Rome. It’s not known yet if the summit will be physical or virtual.

Last year’s G20 summit under Saudi Arabia’s leadership was virtual due to covid pandemic. India is a member of G20 and will hold the summit in 2023.

It is well known that India has high level engagements with the UK this year. While UK PM Boris Johnson will be visiting India on April 26, Indian PM Modi will be going to the UK for the G7 summit from June 11–13. He has already been invited for the United Nations Climate Change Conference summit to take place in Glasgow in November.

CDC says many Americans can now go outside without a mask...

Bihar polls: What the recent crossovers from one alliance to another...

What Every Celebrity Should Aspire to Be: Manisha Dass | People...

Progress made in disengaging frontline troops of both sides, says China...