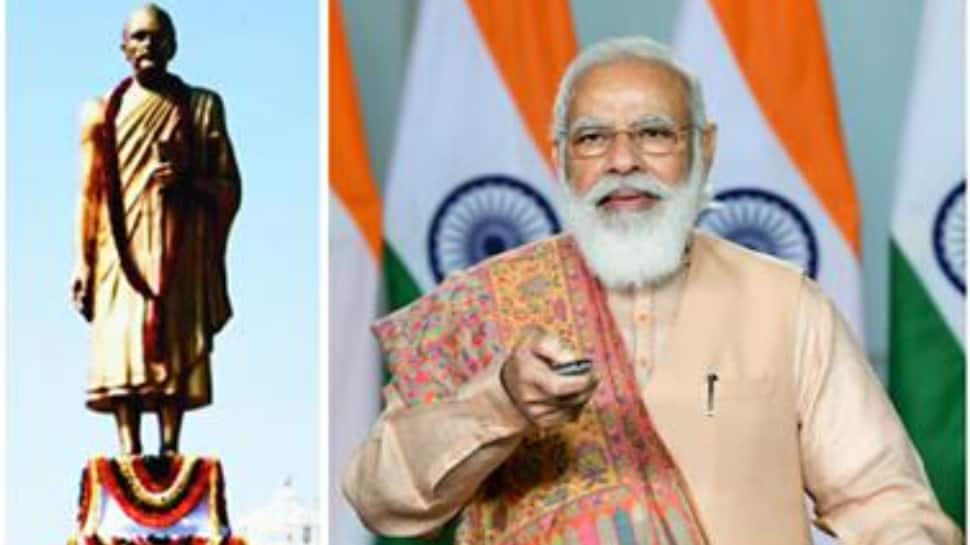 The Prime Minister paid tribute to the Jainacharya and the spiritual leaders present on the occasion. Mentioning two ‘Vallabhs’, Sardar Vallabh Bhai Patel and the Jainacharya Shree Vijay Vallabh Surishwer Ji Maharaj, the Prime Minister said that he feels blessed by the fact that after dedicating the world’s tallest statue of Sardar Patel – ‘Statue of Unity’, he is getting the opportunity to unveil the ‘Statue of Peace’ of Jainacharya Shri Vijay Vallabh.

Reiterating his stress on ‘vocal for local’, PM Modi requested that as happened during the freedom struggle, all the spiritual leaders should amplify the message of AatmNirbharta and preach about the benefits of vocal for local. He also said that the way the country supported the local during the Diwali festival is an energizing feeling.

Earlier on Sunday, the Confederation of All India Traders (CAIT) said the sales during the Diwali festive season jumped to as high as Rs 72,000 crore across major markets in the country despite a total boycott of the Chinese items. It is expected that Chinese exporters suffered losses of Rs 40000 crore this Diwali season amid a boycott call by the Indian sellers.

During the address, Prime Minister also said that India has always shown the path of peace, non-violence and friendship to the world.

“Today the world is looking towards India for similar guidance. If you look at the history of India, whenever the need arose, some saintly figure emerged to guide the society, Acharya Vijay Vallabh was one such saint,” said PM Modi.

Mentioning the educational institutions established by the Jainacharya, the Prime Minister praised his efforts to make the country AatmNirbhar in the field of education as he established many institutes imbued with Indian values in states like Punjab, Rajasthan, Gujarat, Maharashtra and Uttar Pradesh. He said these institutions have given so many industrialists, judges, doctors, and engineers who have given yeoman service to the nation.

The Prime Minister underscored the debt that the country owes to the efforts of these institutions in the field of women’s education. These institutions kept the flame of female education alive in those difficult times. The Jainacharya established many institutions for girl children and brought women to the mainstream. He said the life of Acharya Vijay Vallabh Ji was full of kindness, compassion and love for every living being. With his blessings, Bird Hospital and many gaushalas are running in the country today.

“These are not ordinary institutions. These are the embodiment of the spirit of India and the hallmarks of India and Indian values,” expressed PM Modi.

The 151-inch tall statue has been made from Ashtadhatu ie 8 metals, with copper being the major constituent, and was unveiled by PM Modi via video conferencing. It has been installed at the Vijay Vallabh Sadhana Kendra, Jetpura, in Pali.

SC seeks reply of Bihar government on plea for consolidation of...