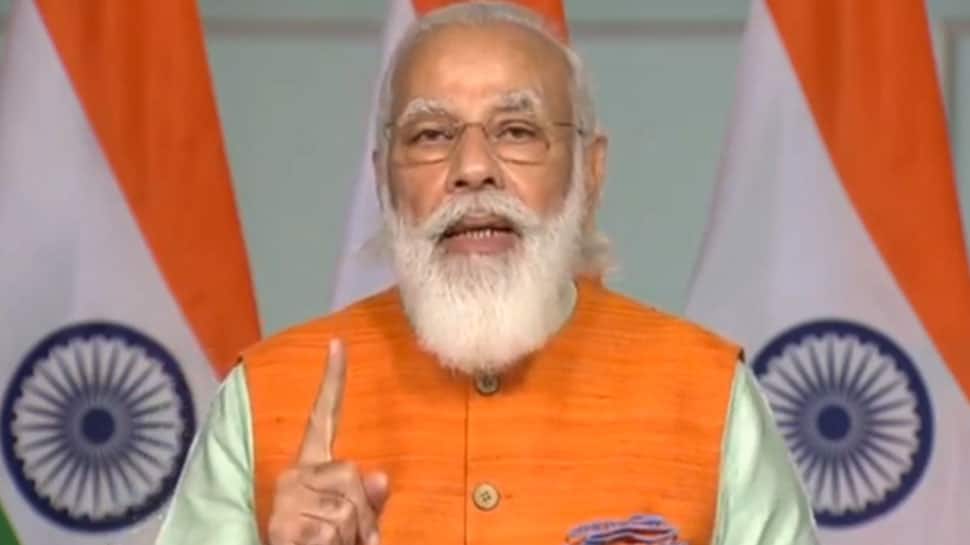 Prime Minister Narendra Modi on Thursday asserted that one thing that has harmed the democratic system of India a lot is giving more priority to one’s own ideology over national interest. Addressing the people at the Jawaharlal Nehru University (JNU) campus via video conference, PM Modi added that our thinking should align with the interest of our nation and not be against it.

PM Modi also said, “One thing that has harmed a lot to the democratic setup of our country is giving more priority to one’s own ideology than the interest of nation…Our thinking should align with the interest of our nation and not be against it.”

Matter of immense pride that a Swami Vivekananda statue is being unveiled in JNU. https://t.co/OvXTVpPWMe

Speaking on Swami Vivekananda at the Michigan University, the PM said, “When we were oppressed during colonialism, Swami Vivekananda went to Michigan University in the earlier part of the last century and had said that even though this century is yours, next century will belong to India. It is our responsibility to realise this statement and vision.”

“I hope his statue teaches everyone devotion and intense love towards the nation, which is the supreme message of Swamiji’s life. May it inspire the country for the vision of oneness,” added PM Modi.

“Swami Vivekananda wanted that education in the country should be such that it provides self-confidence to individuals and makes them Aatmanirbhar in every way. New National Education Policy is on the same line and has inclusion at its core,” added the PM.

The PM said, “Earlier poor were restricted to slogans and no effort was made to connect them to the mainstream. Now poor are getting concrete houses, toilets, potable water, cheap electricity, internet all these things are provided to meet their aspirations.”

PM Narendra Modi also said, “New education policy will inculcate confidence, conviction and character among youth. NEP will ensure education to poorest of the poor. The new policy will ensure appropriate reforms when we will work honestly, and the onus lies on teachers.”

In a lighter vein, he also mentioned Sabarmati Dhaba. PM Modi said another place has been added where students can come and share their views under the shade of this statue.

The mystery of Mallika Sherawat at Cannes, and is it a...