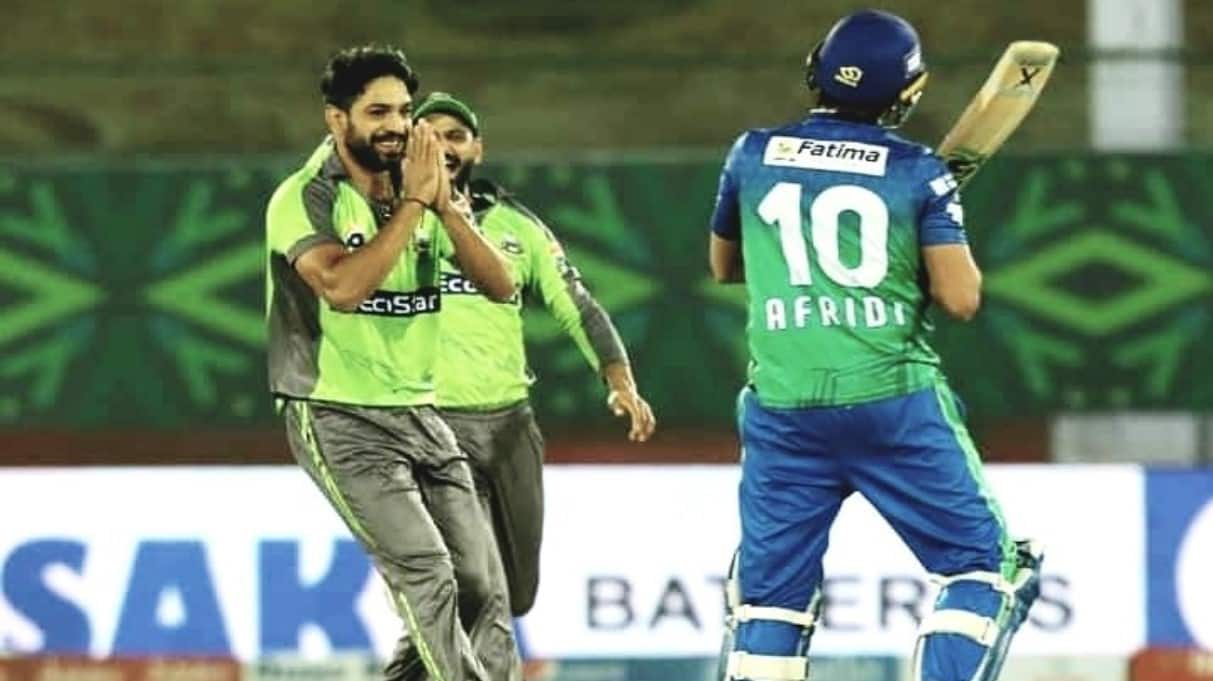 Chasing 183 to win, Afridi came into bat for Multan Sultans with the score reading 116/5 but as fate would have it, he was dismissed on the very first ball he faced. He was bowled off a terrific in-swinging yorker from Lahore pacer Haris Rauf.

But what happened afterwards is winning over the internet. Immediately after taking the prized wicket, Rauf went on to fold his hands in apology as Afridi walked back to the pavilion. The video of the whole incident can be seen here.

The incident drew the eye of the fans and former cricketers alike who appreciated Rauf for the gesture. Even though Afridi has retired from International cricket, he still plays T20 cricket in various leagues all over the world, remaining a very big draw for the fans who lovingly call him ‘Lala.’

The fiery Rauf, finished with figures of 4-0-30-3, powering Lahore to a 25-run victory. Lahore Qalandars were put into bat and scored 182/6 with Afridi taking two wickets (4-0-18-0). In reply, table-toppers Multan Sultan folded up for 157 runs – ending their run in the tournament. Lahore thus qualified for the PSL Final, where they will face Babar Azam’s Karachi Kings.

Afridi had recently grabbed the headlines for his ‘innovative’ yet dangerous new helmet which he wore in Multan’s earlier Playoff game against Karachi. Fascinatingly, the all-rounder wore the same helmet again for this game, albeit for a very short span of time.

Teens with depression, anxiety may benefit from peer confidants at school...

Study reveals which will be the safest transportation mode amid COVID-19...

Maruti Suzuki launches 5th round of ‘MAIL’ initiative for start-ups |...

It’s a matter of great honour for us, says BCCI chief...

US Open 2020 draw: Novak Djokovic, Dominic Thiem on opposite sides...