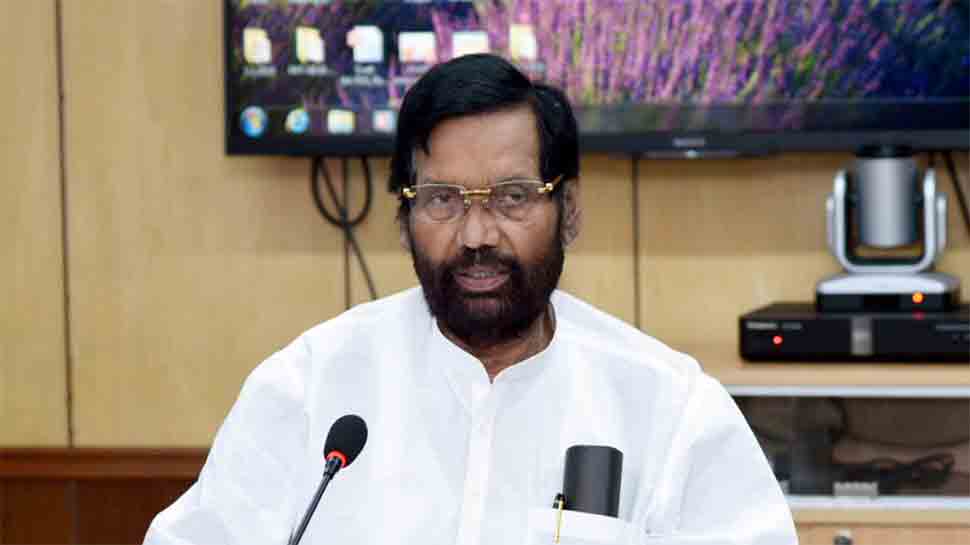 NEW DELHI: Union minister Ram Vilas Paswan, one of the most prominent Dalit leaders of the country who had been a part of several governments headed by rival parties, died on Thursday at the age of 74.

Lok Janshakti Party sources said Paswan’s mortal remains will be brought to his Janpath residence in the national capital at around 10 am on Friday (October 9). At around 2 pm, it will be flown to Patna and will be kept at LJP’s office. His fans will be able to pay him their last respect.

The cremation will take place in Patna on Saturday.

A meeting of the Union Cabinet has been convened on Friday to express condolences over the minister’s demise, officials said.

The Union Home Ministry has announced the national flag will fly at half mast in Delhi and capitals of all states and union territories on Friday as a mark of respect to Paswan. A state funeral will also be accorded to the Union minister.

Paswan had long suffered from a heart condition.

In a statement, Fortis Escorts Heart Institute said Paswan was admitted with heart failure and kidney shut down and managed on medication and subsequently by dialysis. He was later put on ventilator and ECMO support for failing heart and lungs and also underwent surgery.

He was a minister in central governments headed by parties of contrasting ideological persuasions, ranging from the Janata Dal to the Congress and the BJP, since 1989. Whoever might be his ally, he took pride in describing himself as a socialist and secular politician by conviction.

Mysterious disease in Andhra Pradesh left over 500 sick and claimed...