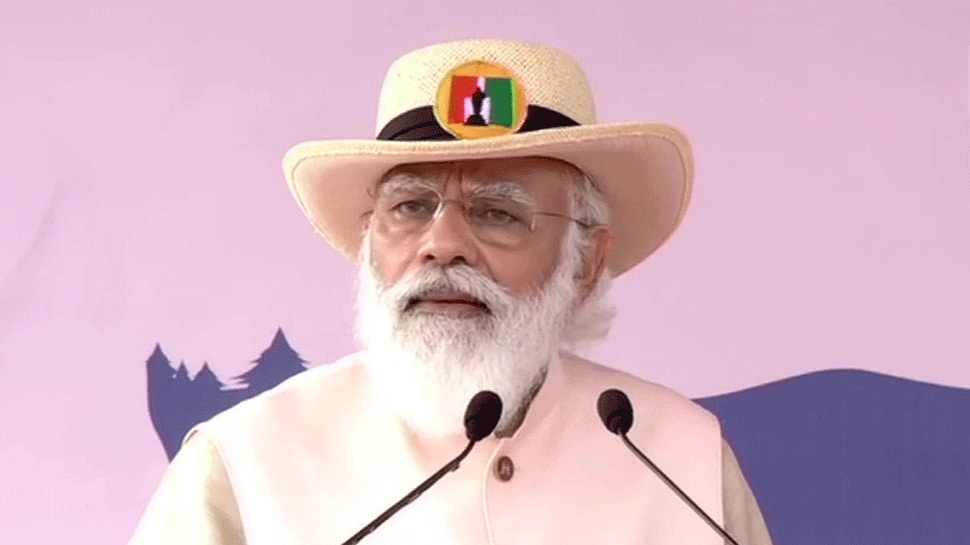 Prime Minister Narendra Modi said on Saturday (October 31, 2020) that the country can never forget those people who were not saddened at the sacrifice of the security personnel during the Pulwama attack. He paid tribute to soldiers who fought from the country while addressing the nation on the occasion of National Unity Day.

Speaking at an occasion to mark the birth anniversary of Sardar Patel in Gujarat’s Kevadiya, Modi said, ”The country can never forget that some people were not saddened at the sacrifice of the security personnel during the Pulwama attack. At that time, these people were only doing politics…I request them not to do such politics in the interest of the nation.”

PM Modi attacked Pakistan, saying that the truth of the Pulwama terror attack was revealed after claims in Pakistan Parliament. He said, ”Today, all countries of the world need to unite against terrorism. No one can benefit from terrorism and violence. India has always fought against terrorism.”

Addressing nation from Statue of Unity, PM also spoke on the development of Kashmir. He said, ”Today, Kashmir has moved on a new path of development…Whether it is restoration of peace in the Northeast, or the steps being taken for development there, today the country is establishing new dimensions of unity.”

Modi is on a two-day visit to his home state Gujarat to pay tributes to Sardar Vallabhbhai Patel on his 145th birth anniversary. The PM is also inaugurated the country’s first seaplane service between the Statue of Unity at Kevadiya Colony to the Sabarmati Riverfront in Ahmedabad and participated in the Rashtriya Ekta Divas Parade.

New cancer drugs saved over 1.2 million people in the US...

UK PM Boris Johnson to be vaccinated with AstraZeneca vaccine |...