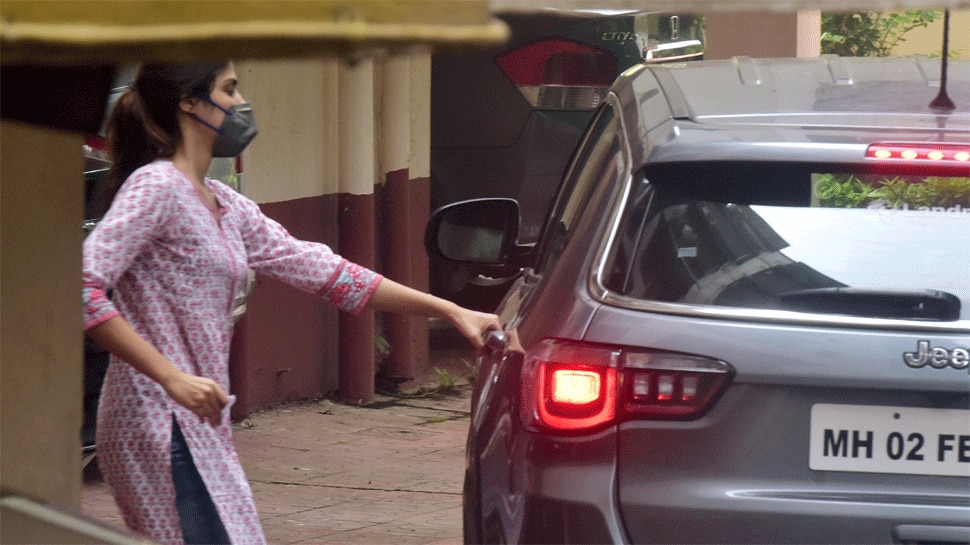 MUMBAI: Actress Rhea Chakraborty was questioned by the National Control Bureau (NCB) at its Mumbai office for over six hours in connection with drug abuse linked to Sushant Singh Rajput death case.

Rhea, 28, appeared at the NCB office after being summoned by the agency on Sunday morning, two days after her brother Showik Chakraborty along with Samuel Miranda was arrested by the probe agency. She has been called in again for questioning on Monday, i.e. on September 7 as the NCB continues its investigations to unravel the drugs angle that has emerged in Sushant death case..

Rhea, who did not appear to be flustered as she stepped out, underwent interrogation by several teams of NCB sleuths during the day before they finally permitted her to go home after 6 pm in her own vehicle.

Shortly after the Narcotics Control Bureau (NCB) issued a summon to Rhea Chakraborty in connection with the drug probe related to Bollywood actor Sushant Singh Rajput’s death, Rhea’s lawyer on Sunday (September 6) said that the actress is ready for an arrest in the case.

Rhea’s lawyer Satish Maneshinde claimed that the action against Rhea is a witch-hunt. Maneshinde added that if loving someone is a crime then Rhea is ready to face the consequences of loving Sushant Singh Rajput. According to Maneshinde, Rhea is innocent and this is the main reason why she hasn’t approached any court for an anticipatory bail in all cases foisted by Bihar Police with CBI, ED & NCB.

Earlier in the day, sources told Zee Media that during the grilling, the NCB will show Rhea the CDR details of her WhatsApp chats on drug dealing. Sources say the NCB may arrest Rhea in case she fails to give convincing answers to questions posed by the agency.

Major blow to Pakistan and China as US places them on...

PM-KISAN: Yet another installment likely to come before Holi, check your...