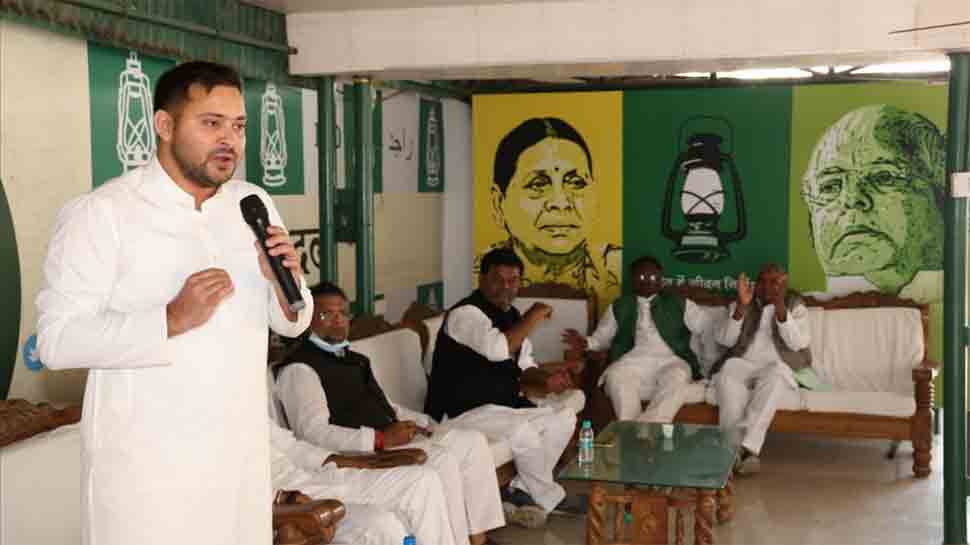 PATNA: Bihar’s main opposition party RJD will not attend the oath-taking ceremony of Nitish Kumar as Chief Minister, claiming the mandate in the elections was against the NDA which has been changed by a fraud.

“The RJD boycotts oath-taking ceremony of this puppet government. The mandate is for a change, and against the (ruling) NDA. The people’s verdict has been changed by the rulers order,” the RJD alleged in a tweet. “Ask the unemployed, the farmer, the contract worker and teacher as to what they are going through. People are angry with NDAs fraud. We are public representatives and we stand with people,” it said.

Nitish is scheduled to take oath as Chief Minister of Bihar for the seventh time in Raj Bhavan on Tuesday evening.

The RJD, which emerged as the single largest party in Bihar with 75 seats, also claimed the state is getting a ‘helpless government by the two helpless parties’. Attacking Nitish, it said Bihar will have a “Chief Minister who has been proven weak, idle and corrupt. And a senior partner (BJP) who has no (chief ministerial) face and is forced to resort to dubious means (for earning majority)”.

“Their helplessness are 1. Peoples support for the RJD 2. Tejashwi Yadav being elected as Bihar’s most popular leader,” it said in the tweet.

The party also took a dig at Kumar’s reported remark at Sunday’s NDA meeting that he did not want to become CM but was insisted by the BJP to continue in the post. “I did not want to become chief minister because my party came third and also I was tired. But, several BJP leaders grabbed my feet, started crying and pleading before me. I, being a soft-hearted, power-hungry mendicant, was moved. How could I annoy them,” the RJD said in a tweet laced with sarcasm.

In the Bihar assembly election, results of which came on November 10, the RJD-led Mahagathbandhan lost to the four parties NDA.

The BJP is the largest party within the ruling coalition with 74 seats, followed by JDU (43) and Vikassheel Insaan Party (VIP) and Hindustani Awam Morcha (HAM) four each. The BJP had announced before the polls that Nitish Kumar will remain Chief Minister irrespective of which NDA constituent wins the maximum number of seats.

Maharashtra extends lockdown till January 31 amid concerns over new COVID-19...