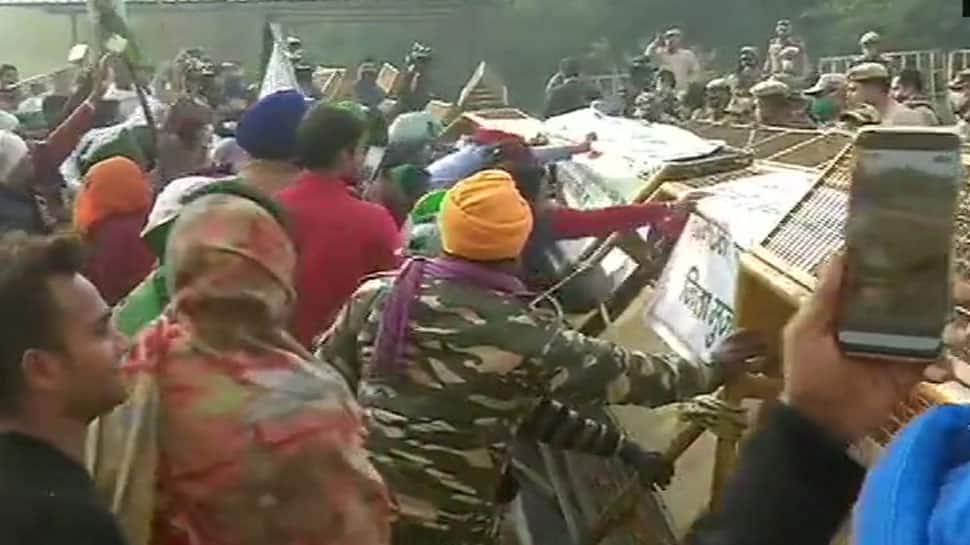 NEW DELHI: Due to the farmers’ ongoing agitation, several important roads have been blocked and traffic has been diverted in the Delhi and National Capital Region on Wednesday. Delhi Traffic Police has also issued alerts saying Tikri border, Jharoda Border, Jhatikra Border are closed for any traffic movement.

Badusarai Border is open only for two-wheeler traffic, it added.

In an earlier alert, it said that the Chilla border on Noida link road is closed for traffic due to farmers’ protests near Gautam Budh Dwar.

It also advised people to avoid Noida link road for going to Noida and use NH 24 and DND instead for Noida.

Delhi Police has also made elaborate security arrangements in view of farmers’ deciding to continue their protests at several border areas (Delhi-Haryana) against the central farm laws.

Meanwhile, the Northern Railway has cancelled/short terminated/short-originated/diverted several trains due to the farmers’ protest. In a bid to address the farmers’ concerns, who are on the streets since last week to oppose the newly passed farm laws, the Central government on Tuesday sought their objections as well as suggestions in writing, even as the talks between the leaders of the farmers` groups and the government held earlier in the day ended inconclusively.

The government has asked the farmers to submit the written document on Wednesday so that it could be taken up for discussion on Thursday. The government suggested the farmers` groups to make themselves properly acquainted with the new laws and thereafter point out their areas of concern.

On Tuesday, leaders and representatives of farmers` groups held a meeting with the Agriculture Ministry officials at the Vigyan Bhawan in which several Union Ministers, including Agriculture Minister Narendra Singh Tomar, were present.

The fourth round of talks between the agitating farmers and the government is now expected to be held on Thursday (December 3).

During the meeting, the Union Ministers conveyed to the farmers the benefits of the Acts brought to improve the agricultural sector. The farmers` representatives, however, termed the laws as contrary to their interests.

Meanwhile, Tomar has proposed to set up an expert committee to discuss the issues of farmers further, so that they can be resolved by mutual consent. The farmers` representatives, however, rejected the government`s proposal to constitute a committee, maintaining that all the delegates will go through further discussions to resolve the matter.

The government has assured that it is always committed to protecting the interest of farmers and is always open for discussions for farmers` welfare. The over three-hour-long dialogue between a group of more than 32 farmer union leaders and the government remained inconclusive.

The farmers declared that they will continue their protest and the agitation will be strengthened day by day until the government agrees to their demand. Farmer leaders, however, said the meeting was peaceful but the government was not ready to repeal its three farm laws, and proposed to form a committee to study and clarify law-related misconceptions to resolve the ongoing deadlock.

Mobile phone calls and data to get expensive from April 1...