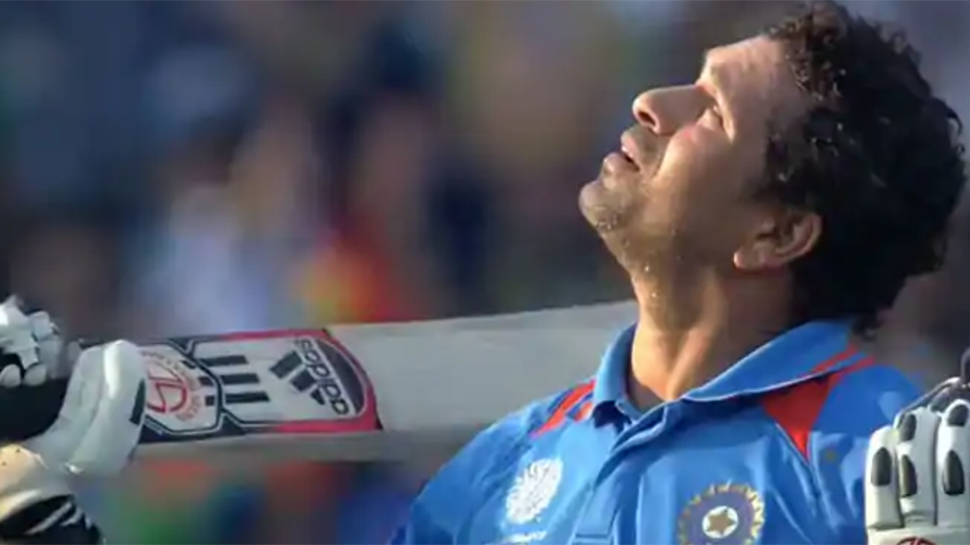 Indian batting maestro Sachin Tendulkar has revealed how he discovered his legendary ‘upper-cut’ shot that ‘disturbed a number of fast bowlers’ across the world.

Tendulkar revealed in a YouTube video that he never practised an upper-cut in nets and never planned for it specifically. During a Q & A session when a fan asked – “#AskSachin did you practice upper-cut shot or just instinct when your playing”, the legendary batsman revealed the secret.

Tendulkar said that he went by his instinct and nothing else. Recalling an incident from 2002 India’s tour of South Africa, Tendulkar narrated the story of how he thought of playing upper-cut.

“It happened in 2002 in South Africa, when we were playing a Test match in Bloemfontein. We were batting first and Makhaya Ntini was bowling around the off stump as he normally used to bowl short of a length. He rarely bowled length deliveries. Since he used to run wide of the crease, I could sight the line. The South African pitches offer enough bounce. The normal tendency to deal with those bouncers is to go top of the bowl. And if it bounces more than usual for somebody of my height, why not get under it and still be aggressive and attacking,” said Sachin in a YouTube video.

“That was something I felt. Instead of getting on top of the ball and trying to keep it all along the ground, get under it and play it towards third man boundary, utilizing the pace,” Sachin added.

Sachin also said that the upper cut left many fast bowlers of his time disturbed as he used the shot to play their bouncers for a boundary.

“That shot disturbed a number of fast bowlers because they bowl bouncers to concede a dot ball. But I converted those into boundaries. I actually didn’t plan anything. Sometimes you just have to let your natural instincts take over after getting at the crease. And that’s what I did,” said Sachin.

No new local COVID-19 infection for first time in nearly 2...

Everything you need to know about world’s fastest all-electric plane |...

IPL 2020: Mahendra Singh Dhoni explains the reason behind his decision...