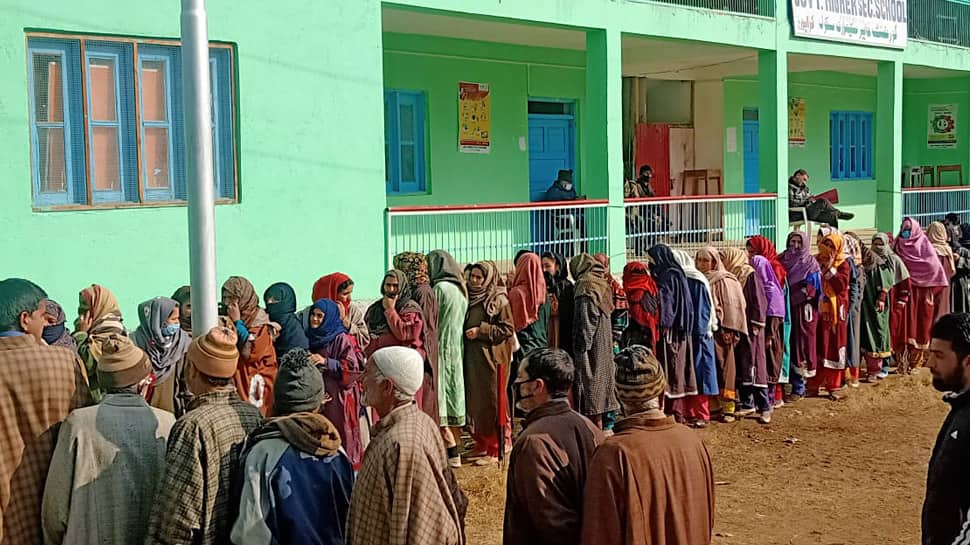 The second phase of the District Development Council (DDC) election, along with panchayat bypolls, is scheduled to start across Jammu and Kashmir on Tuesday. The voting will start at 7 am.

The election covering 43 constituencies will seal the fate of 321 candidates–125 in 18 seats of Jammu division and 196 in 25 constituencies of Kashmir division. The fate of the candidates will be decided by 760,664 voters and 2762 polling stations have been set up.

The first phase of by-elections to vacant seats of panchayat level bodies has recorded 64 per cent and 57 per cent polling turnout respectively, Jammu and Kashmir State Election Commissioner KK Sharma said on November 29. The panchayat bypolls were held along with the maiden DDC election on November 28 (Saturday).

Enthusiasm among the voters was witnessed in the first democratic exercise in the Union Territory post the abrogation of Article 370 in August 2019. About 52 per cent polling was registered in the first phase of the DDC elections.

“A total of 85,363 electors exercised their franchise in the elections, which began at 7 am and culminated at 2 pm, against 1,43,592 electors for both Sarpanch and Panch vacant constituencies in different blocks of J&K,” Sharma had said in a statement in the evening.

Similarly, in the sarpanch vacant constituencies Ganderbal witnessed 71.04 per cent voter turnout while Jammu district recorded the highest turnout of 77.24 per cent, Sharma had said. He had said the DDC and panchayat elections would play a decisive and catalytic role towards the development of the people at the grassroots level.

Sharma appreciated every stakeholder for their tireless efforts towards the successful conduct of the first phase of the eight-phased polling process. In the first phase of the panchayat by-elections, 1,131 candidates were in fray including 852 in panch constituencies for 368 vacancies and 279 for 94 vacancies for sarpanch constituencies, he had said.

India vs Australia: Dream debut for Natarajan, sends back Labuschagne and...

Happy Birthday Kamal Haasan: A look at his path-breaking performances |...

Kangana Ranaut takes a dig at Deepika Padukone after her drug...

India to get 5 military theatre commands by 2022 to counter...