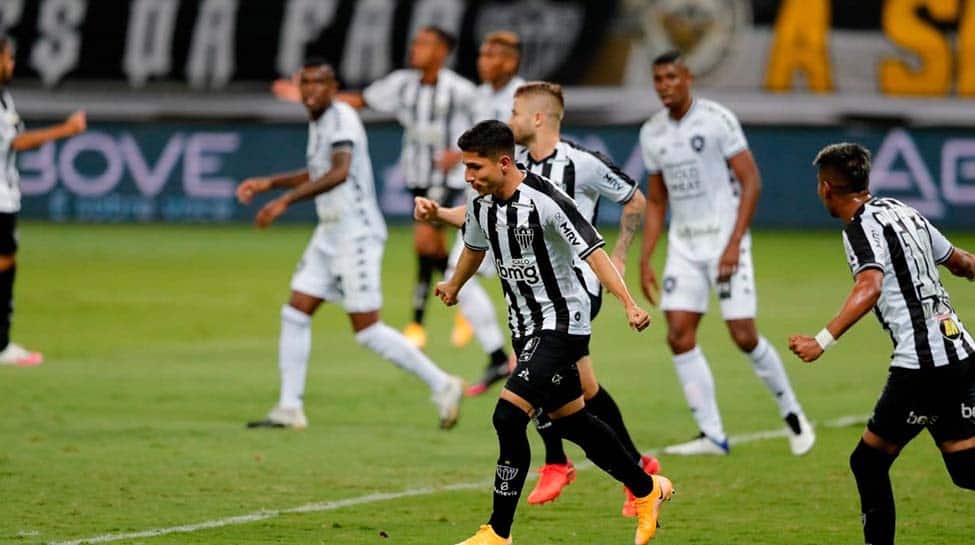 Atletico Mineiro moved three points clear at the top of Brazil’s Serie A on Wednesday with a 2-1 win over struggling Botafogo.

Jefferson Savarino put the home side ahead after 17 minutes and Eduardo Sasha doubled their lead five minutes into the second half.

Botafogo pulled one back through Marcelo Conceicao three minutes later but Atletico could afford the luxury of missing a penalty 10 minutes from time and still took all three points.

The win puts Atletico on 42 points, three ahead of Flamengo who have played a game less. Sao Paulo trail the leaders by four points but have played three games less.

Botafogo are second bottom and without a win in seven games.

Redmi K40 will be globally launched as Poco phone with 5G...

Can you spot Amrita Rao and Shahid Kapoor in this old...

‘He can be looked at’: Sanjay Manjrekar names Mayank Agarwal’s opening...