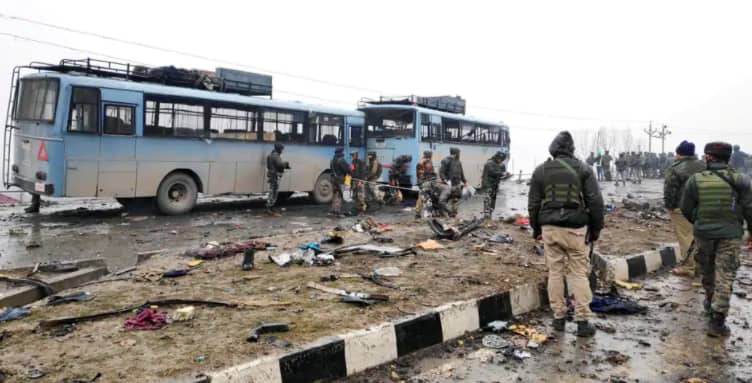 Reminding Islamabad that the organization and leadership of JeM, the terror group which had taken the responsibility of Pulwama attack, is “in Pakistan”, Ministry of External Affairs Spokesperson Anurag Shrivastava said, “It is regrettable that Masood Azhar, the first accused in the charge sheet continues to find shelter in Pakistan. Enough evidence has been shared with Pakistan but it continues to evade responsibility.”

The 2019 attack in which 40 Central Reserve Police Force (CRPF) personnel died was the worst terror attack on Indian soil.

The MEA said, “The charge sheet has been filed after investigation of a year-and-a-half since the attack took place on February 14, 2019. It has been filed to address the act of terrorism and to bring perpetrators of such a heinous crime to justice.”

The development comes after Pakistan reacted to NIA’s charge sheet saying India’s evidence to it was “incomplete, patchy and unsubstantiated”.

New Delhi also recalled Islamabad’s inaction on acting against 26/11 Mumbai attack’s mastermind saying the country “has not yet taken any credible action against perpetrators of the (attack)..which resulted in the loss of 165 innocent lives including 25 foreign nationals”.

These are apart from the six other accused arrested by the NIA in connection with the case. The 13,500-page-long charge sheet details how the planning and execution of one of the deadliest terror attacks in Kashmir was done from Pakistan.

Over 40 soldiers were killed when a suicide bomber rammed a security convoy with a car full of explosives in February last year. Ahead of filing the charge sheet, an NIA official had said, “The agency will file a charge sheet (on Tuesday) against Azhar, Asghar, their slain relative Farooque, six arrested accused in the Pulwama terror attack case at a Jammu Special NIA court.”

The official said that the agency has prepared a watertight case against the people named in the charge sheet along with all the irrefutable evidence, including their chats, call details to highlight the role of Pakistan in the February 14, 2019 attack in which 40 CRPF troopers were killed.

The official said that this attack was a plot hatched by the Pakistan-based terror group to project the attack as the handiwork of terrorists operating in Kashmir.

The NIA has also accused several top commanders of the terrorist group in its charge sheet. The agency also arrested Mohammad Iqbal Rather, 25, a resident of Budgam, Jammu and Kashmir in July. Heis accused of facilitating the movement of Muhammad Umar Farooq, the JeM terrorist and a key conspirator in this case, after he infiltrated into the Indian territory in the Jammu region in April 2018.

Farooq, along with others, had assembled the IED used in the terror attack.

Earlier, the NIA found that Rather was in constant touch with the Pakistan-based leadership of the JeM and was in communication with them over secure messaging applications and was also part of the transportation module of the terrorist organisation.

The other five arrested accused named in the charge sheet are Mohammad Abbas Rather, Waiz-ul-Islam, father-daughter duo Tariq Ahmad Shah and Insha Jan — all alleged ground workers of the JeM.

Do you consume drugs? Yami Gautam was asked on Twitter. Check...