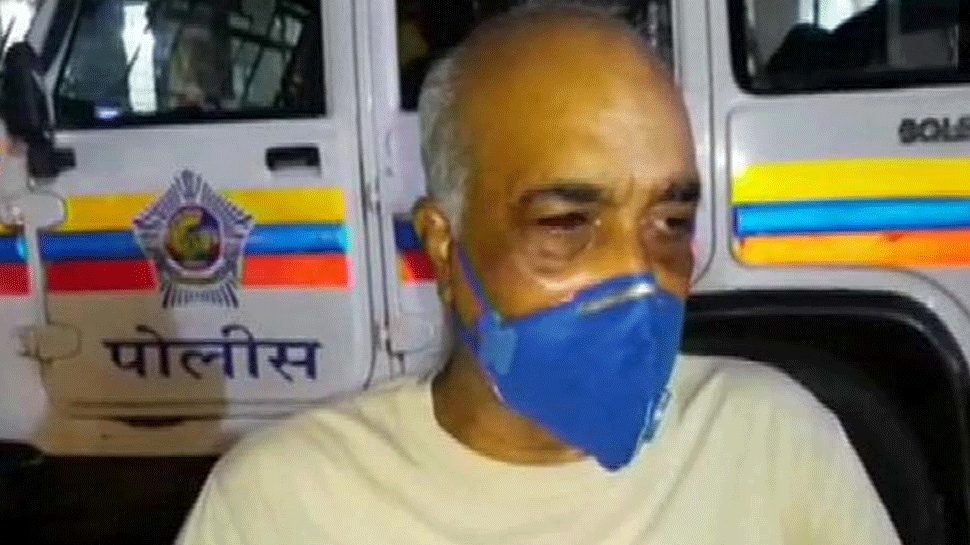 Mumbai: Six people were arrested on Friday (September 12) for assaulting a retired Indian Navy officer in Maharashtra over WhatsApp forward. Out of the six arrested, one is Shakha Pramukh and the others are alleged workers of Shiv Sena.

The Sena workers allegedly thrashed the ex-navy officer for forwarding a cartoon on WhatsApp which made fun of Chief Minister Uddhav Thackeray, police said.

The ex-nay officer is identified as Madan Sharma who is 65-years-old and sustained an eye injury, the entire incident was recorded on CCTV camera. Speaking to ANI on Friday, Madan Sharma, the former Navy officer said that he was attacked after he forwarded a message on Whatsapp. “Eight to ten persons attacked and beat me up today after I received threatening calls for a message that I had forwarded. I have worked for the nation my entire life. A government like this should not exist,” Sharma said.

The incident took place in Lokhandwala Complex area in suburban Kandivali. The former Navy officer filed a complaint against Shiv Sena’s Kamlesh Kadam his eight to ten associates at Samta Nagar Police Station in Kandivali. A case has been registered against the goons under  IPC Section 325 (causing grievous hurt) and provisions related to rioting was registered against the accused.

Reacting to the incident, Former Maharashtra chief minister Devendra Fadnavis expressed shock and slammed the Thackeray government calling it as ‘Gunda Raj’. He appealed to the state`s Chief Minister to take action against the accused.

“An extremely sad and shocking incident. A retired naval officer got beaten up by goons because of just a Whatsapp forward. Please stop this GundaRaj Hon Uddhav Thackeray ji. We demand strong action and punishment to these goons,” Fadnavis tweeted, along with a picture of the officer.

BJP MLA from Kandivali East Constituency Atul Bhatkhalkar has vehemently criticised the entire incident and asked for strict action against the culprits.

JEE Advanced 2020: No candidates would be denied persmission — IIT-Delhi...

Bank strike, bank holidays March 2021: Get done with your important...

Amitabh Bachchan turns 78: A list of his upcoming films |...