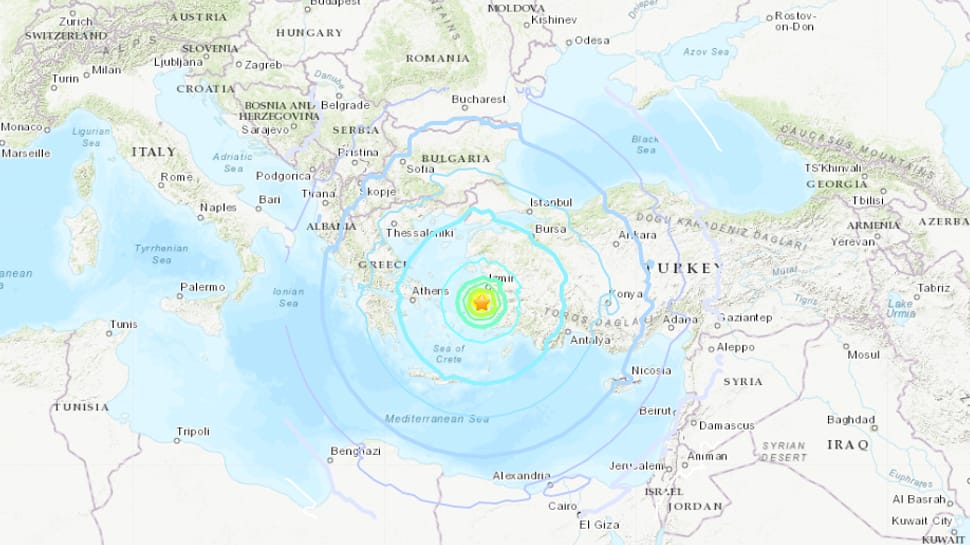 A strong earthquake of magnitude 7.0 hit western Turkey on Friday according to the United States Geological Survey (USGS). As per the USGS, the tremors occurred a depth of 10 km at 11.51 am (UTC). It took place 14 km northeast of Neon Karlovasion in Greece.

Turkey`s Disaster and Emergency Management Presidency (AFAD) put the magnitude of the earthquake at 6.6, while the U.S. Geological Survey said it was 7.0. It struck at around 1150 GMT and was felt along Turkey`s Aegean coast and the northwestern Marmara region, media said.

Reuters said that the quake struck the Aegean Sea and tremors were felt in both Turkey and Greece. The epicentre was some 17 km (11 miles) off the coast of the Izmir province, at a depth of 16 km, Reuters cited AFAD as saying. The US Geological Survey said the depth was 10 km and that the epicentre was 33.5 km off Turkey`s coast.

Residents of Samos, an island with a population of about 45,000, were urged to stay away from coastal areas, Eftyhmios Lekkas, head of Greece`s organisation for anti-seismic planning, told Greece`s Skai TV. “It was a very big earthquake, it`s difficult to have a bigger one,” said Lekkas. Ali Yerlikaya, the governor of Istanbul, where the quake was also felt, said there were no negative reports.

BMW car prices to be increased from January 4: All you...

More than 4,500 held in Russia at protests against jailing of...