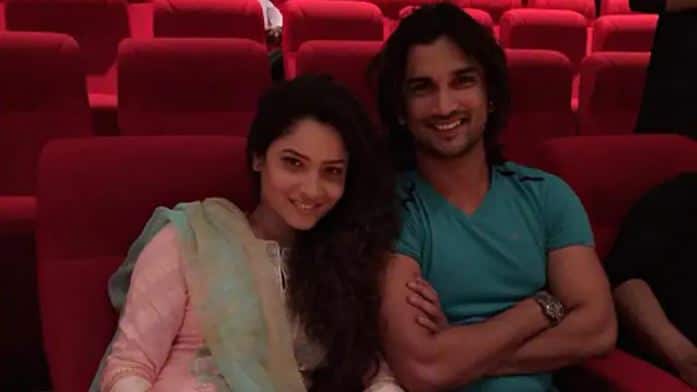 New Delhi: Actress Ankita Lokhande, who is Sushant Singh Rajput’s ex-girlfriend, shared a heartwarming video of the late star enjoying paragliding during one of their old trips. Along with the post, Ankita dedicated a note to Sushant and said, “You will be missed by all of us and all of your fans. Keep flying.”

The clip was initially shared by TV actress Natasha Sharma, who is a close friend of Ankita. Natasha, her husband Aditya, Ankita and Sushant had gone for a holiday and the video is from that trip. One can hear Ankita cheering for Sushant and calling him by his nickname.

For Ankita, Natasha, who is known for her show ‘Na Aana Is Des Laado’, wrote, “Your voice pierced through my heart.”

Sushant and Ankita were in a relationship from 2010 to 2016. They first met on the sets of their hit TV show ‘Pavitra Rishta’ and fell in love. After a few years, Sushant left the show to make a career in films.

Ankita has been showing her unconditional support to Sushant’s family. She and Sushant’s sister Shweta Singh Kirti often exchange messages on social media. Ankita had also supported his family’s demand for a CBI inquiry into Sushant’s death.

Sushant Singh Rajput was found dead at his Bandra residence on June 14. Police said he died by suicide. A CBI investigation has been launched into his death case after the order by Supreme Court.

Indian monsoon can be predicted better after volcanic eruptions

Air India Express to operate Dubai flights from Saturday as per...