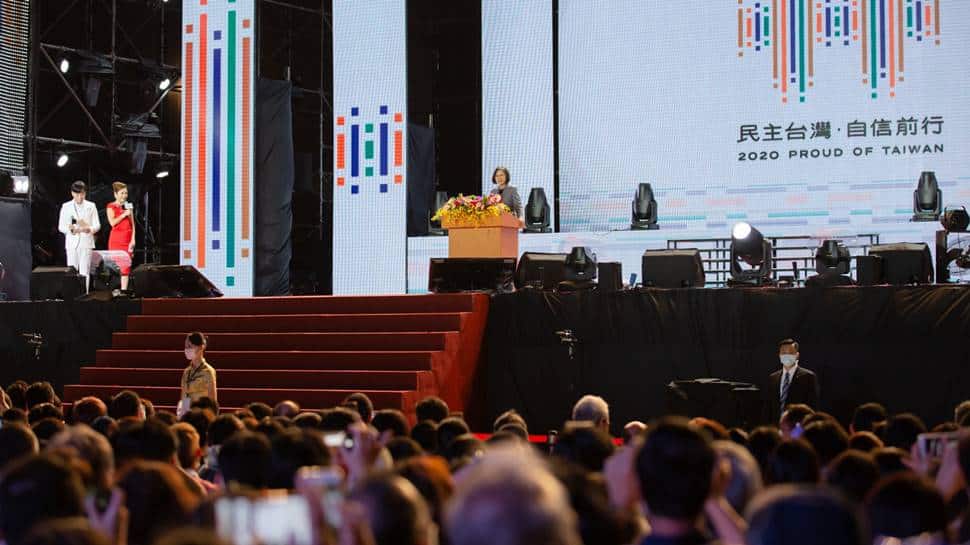 Speaking at the National Taiwan Day 2020 celebrations, Tsai described the situation in the Taiwan Strait as “quite tense.” “As long as the Beijing authorities are willing to resolve antagonisms and improve cross-strait relations, while parity and dignity are maintained, we are willing to work together to facilitate meaningful dialogue,” Tsai was quoted as saying by Reuters.

She further claimed that if Beijing can heed Taiwan`s voice and facilitate a joint reconciliation and peaceful dialogue, the tensions between the two will surely be resolved.

The Taiwanese president said democracy and peace in the region were facing big challenges with the recent disputes in the South China Sea, the ongoing border conflict between China-India and China`s crackdown in Hong Kong.

Democratic Taiwan has come under immense pressure from Beijing as the latter claims the island as its sovereign territory. China has in the past few weeks ramped up its air force activity near the island, including crossing the Taiwan Strait`s sensitive mid line which is normally served as an unofficial buffer zone.

The president said she was committed to maintaining stability but pointed out that it is the responsibility of both sides.

“Our commitment to our sovereignty and democratic values will not change, but we will also maintain strategic flexibility and be responsive to changes,” she said.

Meanwhile, there was no immediate reaction from China which has cut off all formal talks with Taiwan after she first won office in 2016.

Kajal Aggarwal chills with her ‘partner in everything’ ahead of wedding,...

Major reshuffle in Taliban leadership ahead of intra-Afghan dialogue | World...