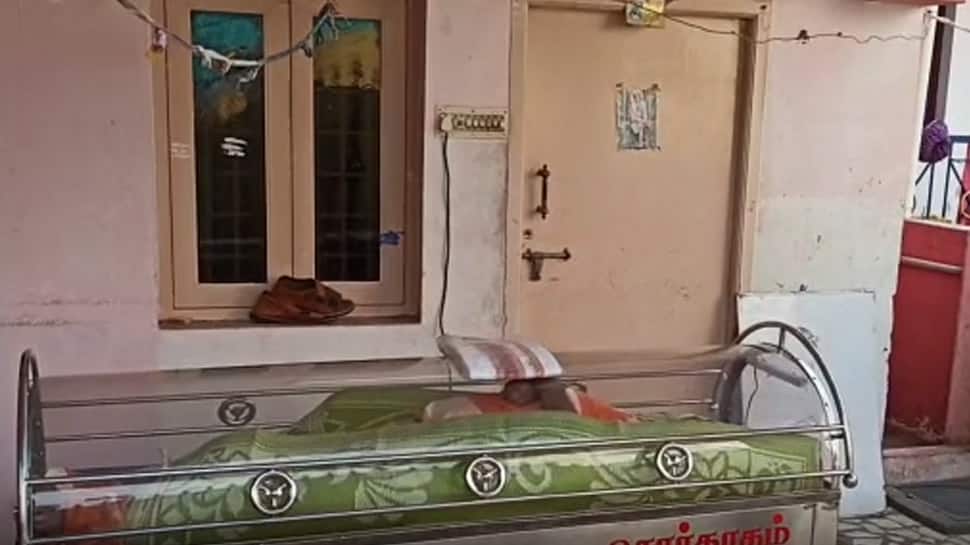 Chennai: Balasubramaniakumar, a 74-year old who was rescued alive from a freezer box at his residence in Salem on October 13 (Tuesday), was pronounced dead on Friday morning after he failed to respond to ventilator support, said the dean of the government hospital where he was admitted.

Initial investigation has revealed that Balasubramaniakumar, an epileptic who was also under psychiatric treatment was taken to nearby hospitals in a critically ill state. But two hospitals had turned him away and directed the family to a government hospital. Apparently, this had led the family to bring the septuagenarian home. It is also said that the family had managed to get a Form-4 death certificate that is issued in the case of death at home.

Health officials monitoring the investigation say that this certificate was used by Balasubramaniakumar’s younger brother Saravanan, aged 70, to rent a freezer box. It was when the freezer box agency staff had returned to collect it on Tuesday that they had a rude shock. They had noticed the septuagenarian moving in the closed freezer.

In a video of the incident, where the senior citizen is seen moving in the freezer box, the younger brother is seen telling a bystander that the person (in the freezer box) has died and that the hospital had given them a letter. The person who is questioning the kin also said that they would call the government’s 108 ambulance service.

The police was informed of this and the septuagenarian was taken to a government hospital for treatment. “He was in a half-conscious state and there was no hypothermia, we are not sure for how long he was in the box. His blood pressure, CT Scan and ultrasound, blood sugar were normal. We had also known that he had been bedridden for a while and had a history of lung issues, probably tuberculosis,” Balajinathan, Dean, Mohan Kumaramangalam Medical College and Hospital told Zee Media.

He also added that the patient’s condition had deteriorated on Thursday, following which he was put on a mechanical ventilator, but failed to respond to it and died on Friday morning. A senior health official told Zee Media that an enquiry is underway, the post mortem report is awaited and that it would take two days to understand further. It was also added that the deceased person’s kin and family did not seem to be in a sound state of mind.

Instagram may come up with Audio Rooms feature and end-to-end encryption...

Donald Trump will shift to this US location, make it his...

High-level Central teams to be deployed to UP, Jharkhand, Chhattisgarh, Odisha...