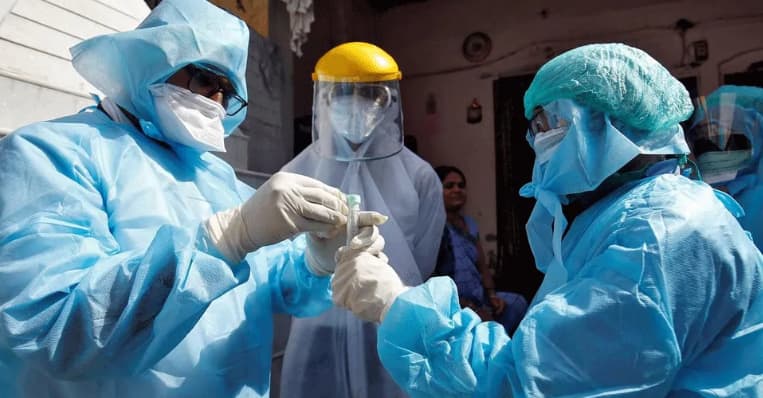 Chennai: Tamil Nadu’s cumulative COVID-19 case count on Thursday surpassed the 4-lakh mark, including 3.43 lakh recoveries and 6,948 casualties. One lakh new cases were added to the state tally in the last 17 days. Over the last two months, daily cases in Tamil Nadu have been hovering in the sub-6000 range while Chennai has been witnessing about 1200 cases in a day. The laboratories in the state have tested about 45 lakh samples thus far.

Tamil Nadu is among the few states that haven’t done away with the E-Pass system for travel as it had opted to permit more restrictions starting August. It was from August 17 that the state government had started instantly approving, offering E-passes for inter-district travel without scrutiny. The state has also been rigid on continuing with the E-pass system for both inter-district travel and inter-state travel (pass issued after scrutiny).

The state government has maintained that the E-Pass system is necessary to trace the travelers and identify the contacts if and when they get infected. Recently, the Home Ministry had instructed states to ensure that the pass system is abolished, to ensure the free movements of persons and goods between states, as a part of the Unlock strategy.

On Thursday, Chief Minister K Palaniswami had said that a call would be taken on the E-pass system on Saturday when he is expected to preside over a meeting of District Collectors and health department officials.

Currently, Tamil Nadu has allowed companies to work with 75% of staff in attendance, hotels to function with 50% dine-in capacity, E-commerce delivery of all items, etc. While gyms and all kinds of standalone shops are permitted to be open, shopping malls, swimming pools cinema halls, parks, beaches, and other public spaces remain shut.

The government has also strictly prohibited all kinds of religious gatherings, rallies, and places of worship. Only small places of worship that earn less than Rs.10,000 per year have been allowed to stay open. So far, even inter-district and inter-state bus services remain suspended. However, limited trains and flights alone are operating.

BSE Sensex opens 400 points up in early trade; Nifty above...

Bidens in Nagpur and everywhere are elated with victory: US President-elect...

Kareena Kapoor is ‘just pouting away’ as she is excited to...