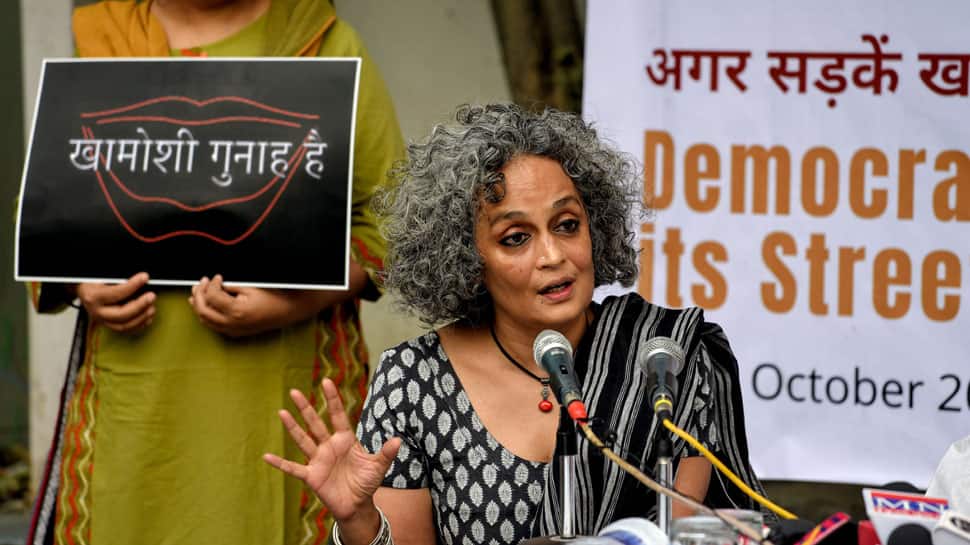 Chennai: A Tamil Nadu University’s decision to remove Arundhati Roy’s book from their syllabus, based on a petition from the Akhil Bharatiya Vidyarthi Parishad (ABVP), BJP’s student wing, has riled opposition parties in the state.

Although there is no official letter yet in this regard, the Vice-Chancellor of Manonmaniam Sundaranar University in Tirunelveli has confirmed to Zee Media on having scrapped the book ‘Walking with the Comrades’, which is about the author’s visit to Maoist hideouts, from the institution’s postgraduate English syllabus.

“This book blatantly glorifies the armed revolution being called for by anti-National Maoists,” reads the ABVP letter, which also states that they would highlight the issue to the Ministry of Human Resource Development, if not acted upon expeditiously.

The letter expresses the BJP student body’s disappointment with the book being a part of the syllabus over the last three years and the manner in which it was imposing Naxalite and Maoist ideology on the students. “Even the faculty were imparting lessons that were of anti-national nature. Students are under mental turmoil as this book as turned out to be one that stokes feelings of hatred against our country,” stated the letter signed by Vignesh, ABVP State Joint Secretary.

“The book was part of the syllabus from 2017 for 3rd semester MA English Literature course. Last week, some controversial contents of the book regarding Maoists were brought to our notice. ABVP gave a written request and other syndicate members also informed us. So we formed a committee involving three deans and two chairmen of the board of studies and took a call to have this book scrapped and replaced from our syllabus,” Dr K Pitchumani, Vice-Chancellor told Zee Media.

The panel has decided to replace Roy’s book with “My native land- essays on nature” by M Krishnan, a naturalist, who is a native of Tirunelveli and a Padma Shri awardee.

Opposition leaders in the state have criticised this move stating that governments and politics determining what students should read would destroy the diverse nature of society. Some have asked the State government to intervene in the matter and ensure that Roy’s book is reinstated in the syllabus.

Reacting to the development, Arundhati Roy maintained that she hadn’t known of the book has been on the syllabus and that it was her duty as a writer to write it and that it was not her duty to fight to include in university curricula.

“Either way it has been widely read and as we know bans and purged do not prevent writers from being read. This narrow, shallow, insecure attitude towards literature displayed by the current regime is not just detrimental to its critics. It is detrimental to millions of its own supporters,” she said, stating that it would stunt the intellectual capacity of a country that was striving for a place of respect and dignity in the world.

Ghoda and ghas: Why Akhilesh-Mayawati may not be able to save...

Amid tension at LAC, WMCC talks between India and China underway...

Bharat Biotech starts phase III trials for Covaxin; will it be...