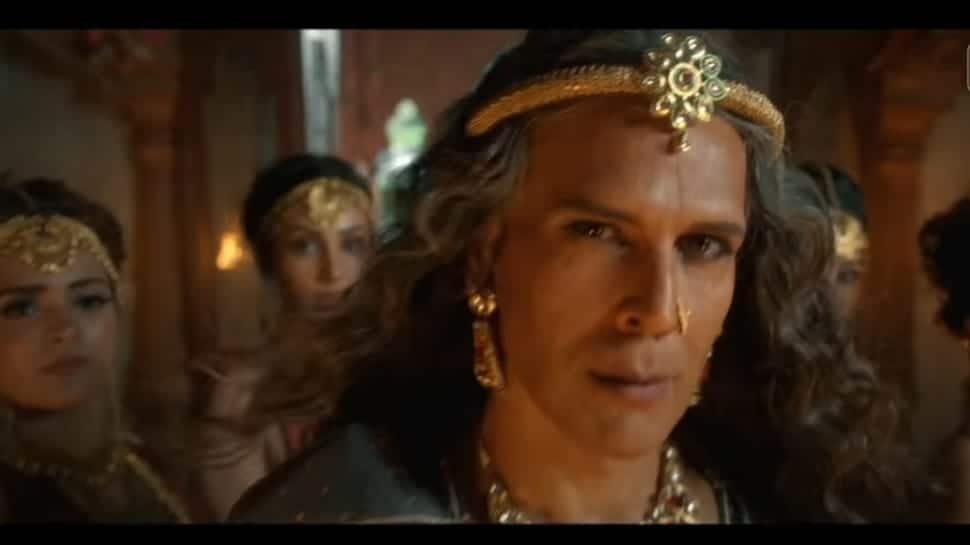 New Delhi: The teaser of Alt Balaji’s ‘Paurashpur’ dropped on Sunday, and the show looks bold and majestic in every sense. Milind Soman, who plays a character belonging to the third gender, took to his Instagram to share the teaser of his much-talked about web series.

Sharing the clip, Soman wrote, “A kingdom where to love is to go to war! Love, lust, betrayal and the ultimate clash for gender equality. #Paurashpur awaits its revolution!”

The teaser is full of different themes ranging from anger, lust, violence and power games. The series depicts “a battle of the genders”.

Soman on Saturday shared the first look of his character Boris. He can be seen sporting a huge red bindi, nosepin and gold jewelry. along with grey tresses. The model-turned-actor and fitness buff wrote, “Never played someone like this before!! For the third gender in the world of Paurashpur, it has always been a power struggle! A sharp mind and a charming personality; witness the many shades of love and the quick-wit of Boris, only in #Paurashpur.”

‘Paurashpur’ boasts of a huge star cast including Shilpa Shinde, Shaheer Sheikh, Sahil Salathia, Annu Kapoor, Aditya Lal, Poulomi Das, Anant Joshi and Flora Saini. The trailer will be out on December 8, while the fictional drama will stream on Zee5 and Alt Balaji.

Cannabis reduces OCD symptoms by half in the short-term, reveals study...

&pictures will turn your weekend fun with the power-packed premiere of...