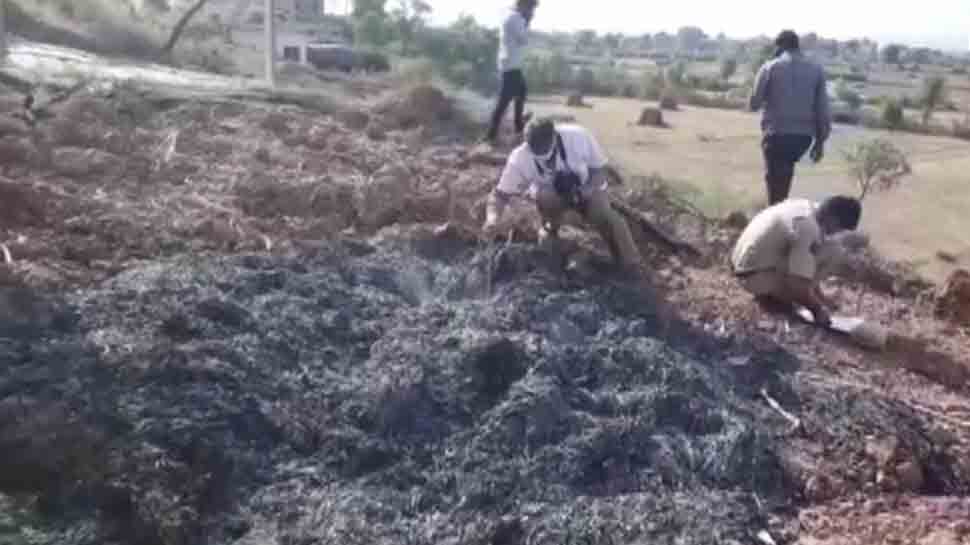 JAIPUR: In a shocking incident, a 50-year-old temple priest was set on fire with petrol by six people in Rajasthan’s Karauli district. The priest had reportedly resisted an attempt by them to encroach upon land that belonged to the temple authorities.

The priest, Babulal Vaishnav, in his statement said he and his family were looking after a Radha Krsihna temple in the village and the surrounding land allotted on the temple’s name was being used by them for farming.

On Thursday, at around 10 a.m., accused Kailash came along with a few people and started putting up tin sheds on the land. When Vaishnav resisted, they sprinkled petrol on him in Bukna village and set him ablaze. He was referred to the SMS hospital in Jaipur in a critical condition where he succumbed to his burn injuries on Thursday night.

Looking at the gravity of the crime, the SP has constituted teams and initiated the probe to trace the criminals.

SP, Karauli, Mridul Kachhawa told PTI that two accused were rounded up and are being interrogated.

Vaishnav’s family members have demanded action against the SHO, investigation by a deputy rank official, compensation and government jobs for a family member.

“The incident of burning a priest alive in Karauli district’s Sapotra is highly condemnable. No amount of grief is enough for this. Looking at the rising crime incidents, it is clear that Dalit, women, traders, kids, no one is safe in the state. The state government needs to wake up from slumber and give the harshest of the punishment to the accused in this case,” she stated.

The state’s Congress government should wake up from its deep slumber and mete out strict punishment to the culprits, ensuring justice to the victim`s family,” Raje tweeted.

JNU admit cards 2020 released, here’s how to download online at...

Amitabh Bachchan on what disturbs him the most about coronavirus |...