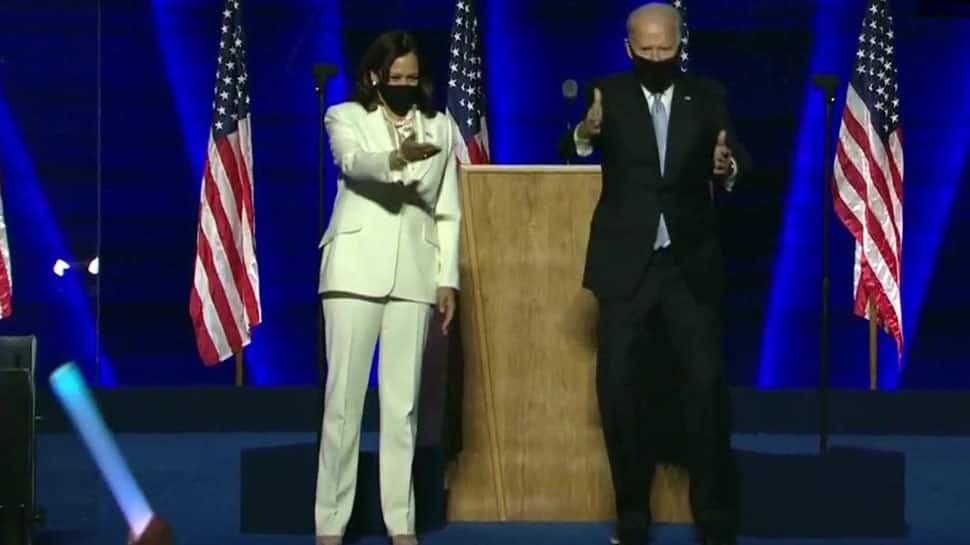 US President-elect Joe Biden on Sunday (November 8) addressed his supporters after winning the US presidential election 2020 on Saturday. In his address, Biden reiterated again that he will work for all the Americans – even those who did not vote for him.

“I pledge to be a President who seeks not to divide, but to unify. Who doesn’t see Red and Blue states, but a United States. And who will work with all my heart to win the confidence of the whole people,” he said  said in Wilmington, Delaware.

“People of this nation have spoken, they delivered us a clear victory. A victory for, we the people. We have won with the most votes ever cast on  presidential ticket in the history of the nation, 74 million,” he added.

In a direct message to incumbent President Donald Trump’s supporters, Biden said, “For all those of you who voted for President Trump, I understand the disappointment tonight. Now let’s give each other a chance. It’s time to put away the harsh rhetoric, lower the temperature, see each other again, listen to each other again.”

Biden expressed surprise over celebrations across the country calling it an “outpouring of joy, of hope, renewed faith in tomorrow to bring another day.” “I am humbled by the trust and confidence you have placed in me,” Biden added.

He thanked his family and wife and also said that he is honoured to work with the first African American vice president who is also of Indian descent. “Don’t tell me it’s not possible in the United States of America,” Biden said.

Earlier, Kamala Harris addressed the supporters and said, “Protecting our democracy takes struggle, it takes sacrifice but there is joy & progress in it. Because we have the power to build a better future.”

“Democracy is only as strong as our willingness to fight for it. To guard it and never take it for granted. It takes sacrifice. But there is joy in it. And there is progress, because we, the people, have the power to build a better future,” Harris added.

Biden succeeded in becoming the US President-elect after winning the battleground state of Pennsylvania which helped him race past the electoral college threshold of 270 votes.

Rajasthan: Death toll of infants rises to 12 at Kota hospital,...

Germany to curb use of AstraZeneca COVID-19 shots over health concerns...