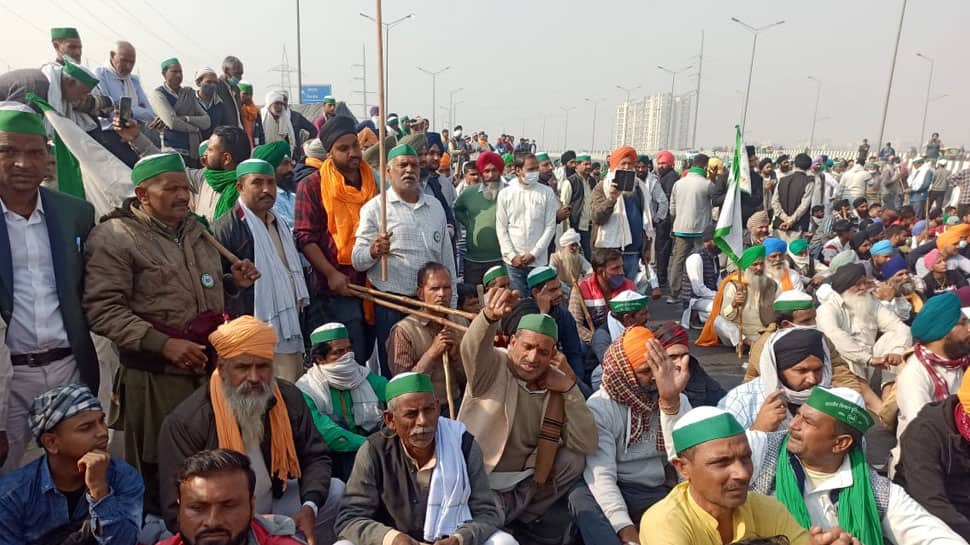 KOLKATA: West Bengal’s ruling Trinamool Congress will not support the ‘Bharat Bandh’ called by farmer union leaders on December 8 although it supports their genuine issues. This was announced by TMC MP Sudip Bandyapadhyay on Saturday.

Bandyapadhyay, while addressing a press conference at the Trinamool Congress Bhawan, the party headquarters in Kolkata, said that the ruling party in the state does not support bandhs. However, the party supports the issue of the bandh, he said.

“We are supporting the issue but not the bandh. Transport will operate smoothly, and we will protest at Gandhi statue in Kolkata on December 8,9 & 10 over farm bills,” the TMC MP said.

A day ago, the TMC supremo Mamata Banerjee, while holding a meeting over video conferencing with party leaders, announced a three-day agitation at the Gandhi statue in Kolkata over farm bills.

TMC Supremo Mamata Banerjee will attend the farmers’ agitation on December 10. Earlier, the West Bengal state government had opposed the Bharat Bandh call given by trade unions on November 26.

The announcement came even as the fifth round of parleys between the government and farmer leaders remained inconclusive on Saturday with both sides adamant on their stand over the three contentious farm laws.

The next meet is scheduled for December 9 with farmers giving a `Bharat Bandh` call on December 8.

Heated arguments and written placards in “Yes or No” were raised in the five-hour meeting that began at 2 PM at Vigyan Bhawan in Central Delhi. After multiple obstacles, the talks finally ended with no conclusion as the farmers stuck to their first and major demand to repeal the three farms laws enacted in September during the Monsoon Session of Parliament.

As the government could not put up a satisfactory solution to the demands of 40 farmer union leaders, who took part in the meeting, the delegation clearly communicated that the protest will continue if the government doesn`t repeal the three laws which they said are “anti-farmer”.

While the government was agreeable to amendments to The Farmers Produce Trade and Commerce (Promotion and Facilitation) Act, 2020; The Farmers (Empowerment and Protection) Agreement of Price Assurance and Farm Services Act, 2020; and The Essential Commodities (Amendment) Act, 2020, farmers were pushing for the scrapping of these laws.

Farmer leaders communicated that they will hold “Bharat Bandh” on December 8 as their demands haven`t been met. Union Agriculture Minister Narendra Singh Tomar, Consumer Affairs Minister Piyush Goyal, Union Minister of State Som Prakash and Agriculture Secretary Sanjay Agarwal are also present in the meeting, like in the previous rounds of talks on December 1 and 3 which were also remained inconclusive.

The farmers had put out a five-point charter of demands that include framing of a specific law on MSP, no punishment for stubble-burning, repeal of the three farm laws, settlement of objections about proposed Electricity (Amendment) Act, 2020 and written assurance on MSP.

The farmer union representatives in earlier talks had rejected the government`s argument that the three farm laws were in the interest of farmers, saying the laws will only benefit big business and corporate houses. Thousands of protesters have blocked Delhi borders at five points connecting it to Punjab, Haryana and Uttar Pradesh.

Bihar assembly polls witness over 53.51 per cent turnout till 6...

LPG cylinder prices December 15, 2020 announced: Check out how much...