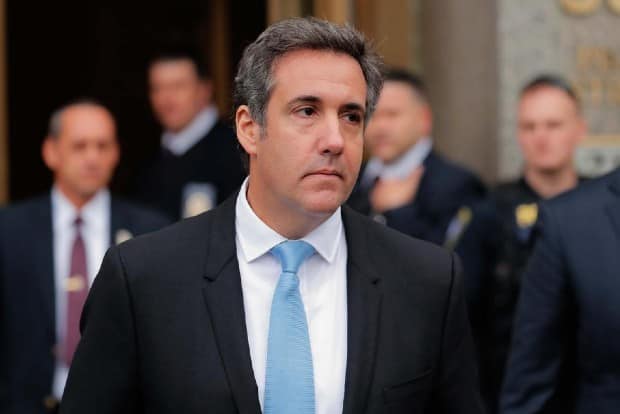 New Delhi: President Donald Trump’s former personal lawyer Michael Cohen’s new tell-all memoir, Disloyal: The True Story of the Former Personal Attorney to President Donald J. Trump, reveals information about a variety of alleged Trump actions and statements that have made headlines since the former reality TV star ran for office, according to the Washington Post, which obtained an advance copy of it.

Cohen’s allegations are part of an unsparing and deeply personal put-down of the President. Cohen assails Trump as an “organized crime don” and “master manipulator” who is “guilty of the same crimes” that landed his former fixer in federal prison, and he offers a detailed account of Trump’s alleged role in a hush-money scandal during the 2016 election.

In the book, Cohen writes that when he told Trump that it was his daughter, Trump replied: ‘When did she get so hot?’ Trump is also said to have been dismissive of some of his own children, including his eldest son Donald Trump Jr. and youngest daughter Tiffany, the report said citing Cohen’s book.

Cohen also calls the President ‘a cheat, a liar, a fraud, a bully, a racist, a predator, a con man.’ Cohen, who pleaded guilty to campaign finance violations and other crimes, including lying to Congress, calls himself the ‘star witness’ of a hush-money conspiracy that still could culminate in charges for Trump after he leaves office, the Mail Today report said.

Describing his new book as a ‘fundamental piece of evidence’ of the President’s guilt, Cohen writes that Trump’s three oldest children came to his office after Trump’s campaign announcement in 2015, in which Trump referred to people coming to the US from Mexico as rapists and murderers. They asked him to convince their father to drop out of the race, arguing his rhetoric was ‘killing the company,’ Cohen has reportedly written.

During the 2016 campaign, Trump allegedly said that minorities were ‘not my people’ and that the President also supposedly claimed he would ‘never get the Hispanic vote,’ because, ‘Like the blacks, they’re too stupid to vote for Trump.’

Cohen also wrote that Trump’s ‘low opinion of all black folks’ included him allegedly saying: ‘Tell me one country run by a black person that isn’t a s—hole. They are all complete f—ing toilets.’ Trump used the ‘s**thole’ phrase again, when talking about South African President Nelson Mandela, according to Cohen.

The Mail Today report said that Cohen wrote that Trump went to the strip club with Russian father-son oligarchs Aras and Emin Agalarov. During the visit, Cohen claimed that they watched as one of the strip club performers simulated urinating on another performer, who then pretended to drink it.

Cohen is learned to have shed light on Trump’s admiration of Russian President Vladimir Putin, saying he admired him most because he ‘had the balls to take over an entire nation and run it like it was his personal company.’

On a more personal note, Cohen included some alleged details about Trump’s much discussed hairstyle. In the memoir, Cohen wrote that the distinctive hairdo is a ‘three-step’ combover, which was developed as a way to hide what Cohen called ‘unsightly scars on his scalp from a failed hair-implant operation in the 1980s.’

Cohen’s memoir offers an introspective — and at times self-loathing — apology for the role he played in Trump’s political ascent. He laments that his election “led the nation and maybe even the world to the brink of disaster.”

“I thought Trump was a visionary with a no-nonsense attitude and the charisma to attract all kinds of voters,” Cohen writes. But the real reason he wanted Trump in the White House, Cohen concedes, “was because I wanted the power that he would bring to me.”

Cohen wrote his memoir during his incarceration. He was released to home confinement in July and the government lifted a ban denying him the ability to speak publicly.

Husband should give maintenance allowance to wife and kids even after...

Joe Biden administration to be risky for Chinese economy? Know about...

EMI Moratorium: Loan interest waiver to be credited to borrowers by...