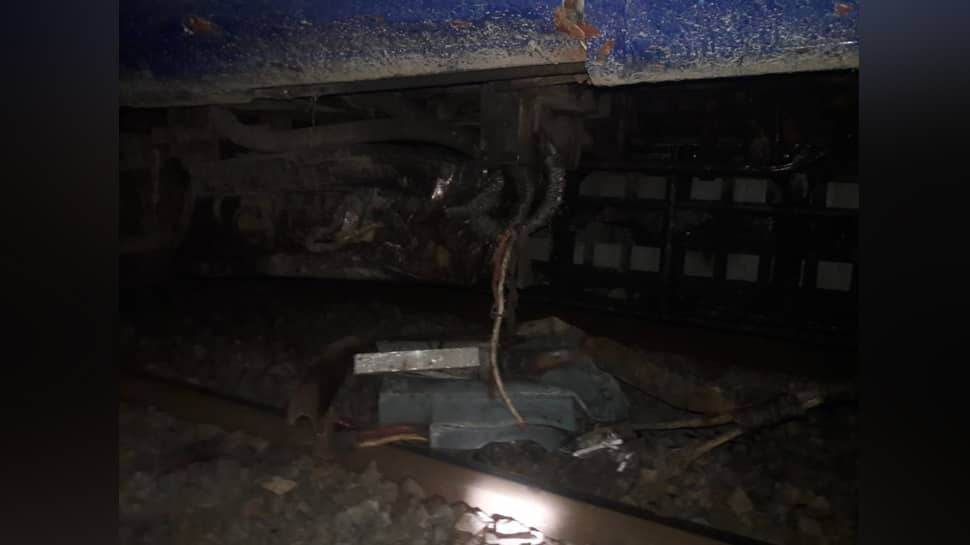 At least two coaches of the 05048 Gorakhpur Kolkata Purvanchal Express train derailed on Tuesday near the Silaut station in Bihar. The two coaches–an AC coach and a sleeper derailed near Muzzafarpur.

However, no casualties have been reported yet, due to the slow train speed.

A major tragedy was averted near the Muzaffarpur-Samastipur railway block, where the Purvanchal Express Special narrowly survived. The accident was avoided due to the quick thinking on the part of the train driver.

According to the information received, the 5048 Purvanchal Express train which was going from Muzaffarpur towards Samastipur near Guam No. 90B near Silaut station suddenly started making a loud sound from the train. A big accident was avoided due to the readiness of the gateman and the driver’s understanding.

In the same sequence, there was a technical fault in the train due to which Maniyari Gumti Man Prem Kumar, who was showing the flag to the train at the station, has also been injured. The train has been stopped now.

This is a debeloping story. More details are awaited.

Women found to be at higher risk for heart failure and...

US presidential election 2020: Key states to watch out for in...