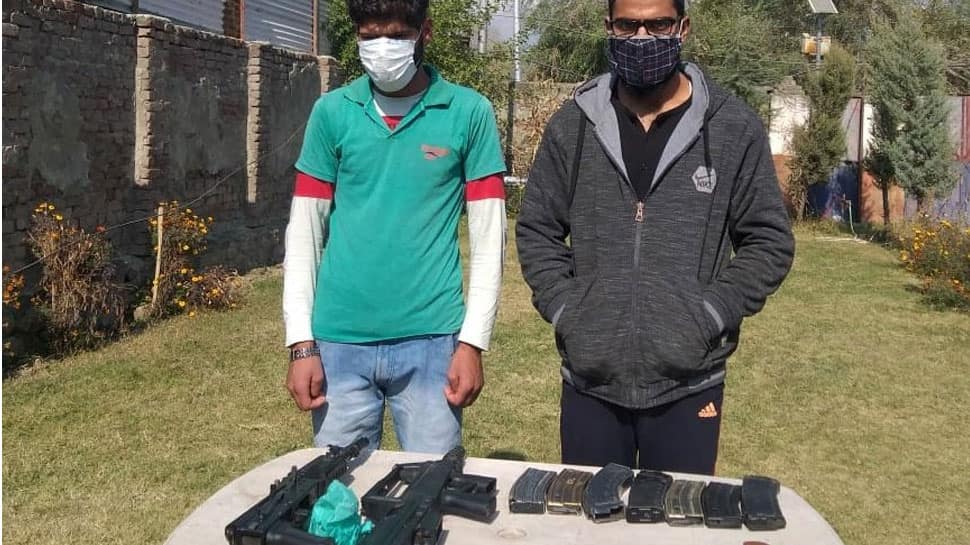 Srinagar: The Jammu and Kashmir Police on Friday arrested two terrorist associates linked to Pakistan-backed terror outfit Lashkar-e-Taiba from North Kashmir`s Handwara and recovered arms and ammunition from them.

Police officials said on the basis of a specific information regarding the movement of anti-national elements, the Handwara police along with the Army and the CRPF established checkpoints at different locations in the town and started searching vehicles and pedestrians.

“During search/checking at Chinar Park Handwara, two persons riding on a bike were found in suspicious condition, who on seeing the search party tried to escape from the spot but were chased and apprehended by the search party,” police said.

“On their personal search, arms and ammunition were recovered from their possession,” police said.

“During questioning it came to surface that the duo are working with terror outfit LeT as associates and were about to distribute the arms and ammunition among the terrorists in South Kashmir.”

The police have registered an FIR and started the investigation.

Adil Qadri –The businessman who is the face behind the indigenous...