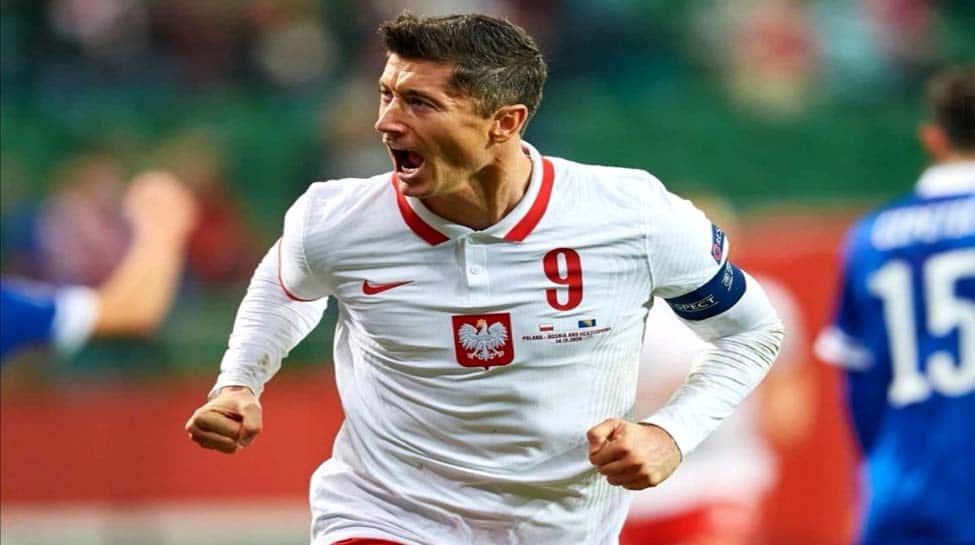 Robert Lewandowski showed his predatory instincts as he scored two superb goals to help Poland to a 3-0 home rout of 10-man Bosnia in their Nations League top-tier Group 1 match on Wednesday.

The result left the Poland top of the section on seven points from four games, one ahead of Italy who were held to a 1-1 home draw by the Netherlands. The Dutch have five points and Bosnia have two.

The Bosnians were on the back foot from the start but their task was made more difficult in the 15th minute after central defender Anel Ahmedhodzic was shown a straight red card for tripping Lewandowski with the striker through on goal.

Lewandowski missed a close-range sitter and then hit the post from the edge of the penalty area before he finally broke the deadlock with an unstoppable shot in the 40th minute, as Kamil Jozwiak teed him up with some neat footwork.

Karol Linetty made it 2-0 on the stroke of halftime with a clever downward header into the far corner past goalkeeper Ibrahim Sehic, as Lewandowski turned provider with a sublime first-time pass into the midfielder`s stride.

Lewandowski put the icing on the cake for the home side with another trademark finish in the 52nd minute, side-footing the ball into the top right corner after he beat the offside trap to meet an inch-perfect Mateusz Klich cross.

Farmers’ protest at Delhi borders gets Bollywood attention, but divided –...

MS Dhoni will find it impossible to perform if he decides...