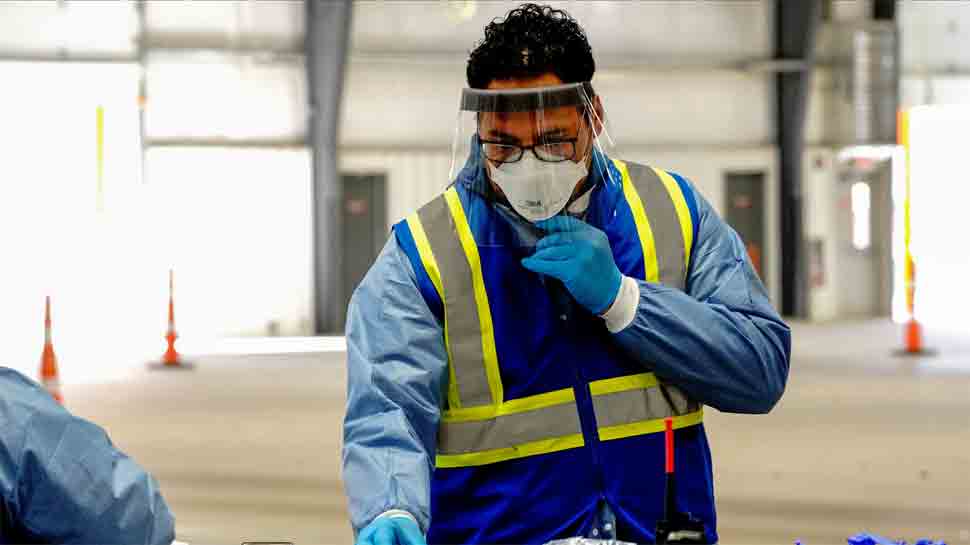 WASHINGTON: The United States recorded more than 1 million new COVID-19 cases last week as new infections rose in every state except for Hawaii, according to a Reuters analysis of state and county reports.

Several states, including Michigan, North Dakota and Washington, imposed new restrictions on public gatherings and indoor dining to try to slow the spread of the virus.

Michigan Governor Gretchen Whitmer warned that without aggressive action, the state could soon suffer over 1,000 COVID-19 deaths per week, which would be more than double its 431 deaths in the past seven days.

“We are in the worst moment of this pandemic to date,” Whitmer told a news conference on Sunday. “The situation has never been more dire. We are at the precipice and we need to take some action.”

Some of the states that saw the sharpest percentage increases in infections last week, such as Vermont, New Hampshire, New Jersey and New York, were places that appeared to have had the virus under control over the summer.

More than 69,000 people were hospitalized as of Nov. 15, according to data from The COVID Tracking Project, a volunteer-run effort to track the outbreak.

About 10% of COVID-19 tests came back positive, the data showed. To put it another way, one out of every 315 Americans tested positive for the novel coronavirus in the past week.

Iowa, Kansas and South Dakota all had positive test rates over 50%. The World Health Organization considers rates above 5% concerning because it suggests there are more cases in the community that have not yet been uncovered.